Also, the annual GWAR-B-Q must go on, says manager 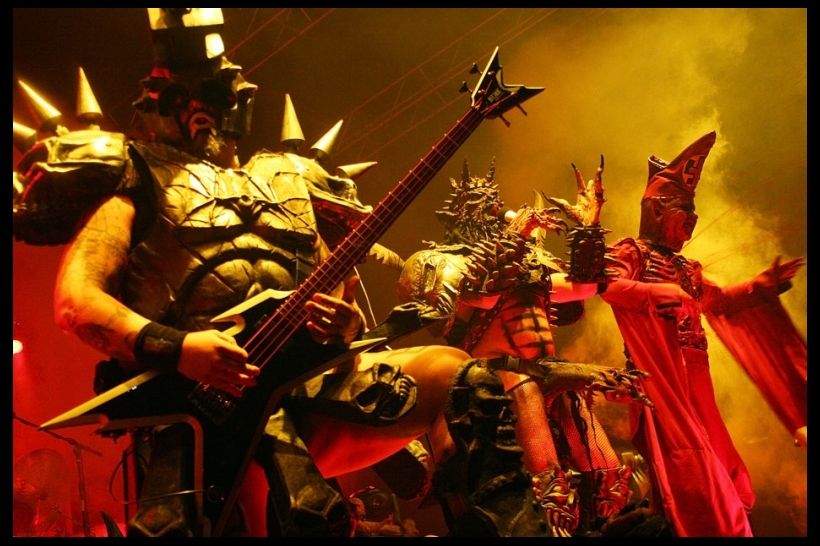 On Monday, March 24, we learned the sad news that GWAR frontman Dave Brockie, best known as the monstrously masked Oderus Urungus, died at the age of 50. Now, band manager Jack Flanagan issued a new official statement updating fans on the process of identifying cause-of-death, and sharing details for a public memorial — August 16 at Hadad’s Lake in Richmond, Virginia. Also, he confirmed the fifth annual GWAR-B-Q is still on for August 15, at the same venue.

Read his full statement below, and revisit SPIN’s 1990 profile “Guerilla GWARfare” and our 2009 “In My Room” feature, in which Urungus shows us around the band’s HQ, lovingly referred to as the Slave Pit. Here’s Flanagan:

On behalf of Dave Brockie’s family, Slave Pit Inc. and GWAR, we would like to thank all the loyal fans worldwide for the outpouring of love and support shown to us over the past few days. Knowing that we have such amazing family, friends and fans is truly helping us all get through this tough time.

We have made funeral arrangements and a private memorial has been scheduled for close friends and family.

As Dave and Oderus would have wanted, this year’s GWAR-B-Q scheduled for August 16th at Hadad’s Lake (7900 Osborne Turnpike Richmond, VA) will still take place as planned. We have scheduled the Dave Brockie public memorial to take place the day prior to the GWAR-B-Q, Friday August 15th, also at Hadad’s Lake.

More information shall be released as the details are confirmed.