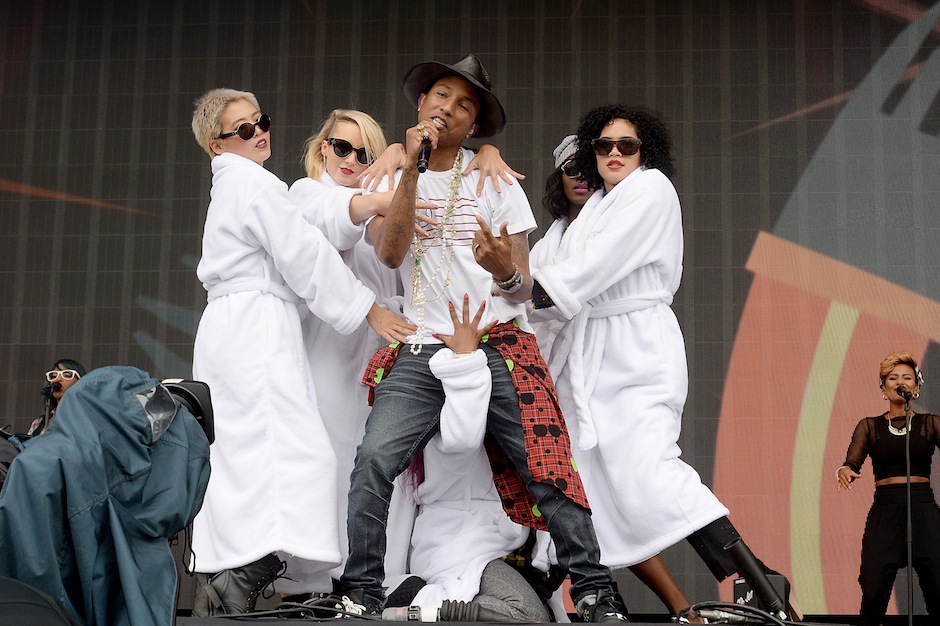 For the past couple of years American Express’ Unstaged concert series has paired up musical acts with famous directors including Jack White with Gary Oldman, Vampire Weekend with Steve Buscemi, and the Killers with Werner Herzog. Today they’ve announced their most recent team up, Pharrell Williams and Spike Lee.

Pharrell is set for a stop at New York’s Apollo Theater on June 3 in the midst of a tour opening for Bruno Mars and that show will now be streamed on YouTube and Vevo with some help from the Do The Right Thing director.

These AmEx shows always attempt to integrate social media in some way, and Pharrell’s set is no exception. Fans who submit selfies to the duo prior to the June 3 show will have their faces as part of a digital mosaic during the night’s performance of G I R L’s “Know Who You Are.” According to Mashable, you’ll also be able to request an autographed photo of the “Happy” singer by retweeting one of American Express’ tweets that night.

Lee, for his part, has a little bit of experience behind the live-streaming camera, having previously directed a John Legend show. He’s also recently helmed a video for Eminem, so you know he can handle more dynamic performers as well. Tickets for the show are long sold-out, but you’ll be able to stream the whole thing at 9 p.m. EST on June 3.