They're all legally required to get along now 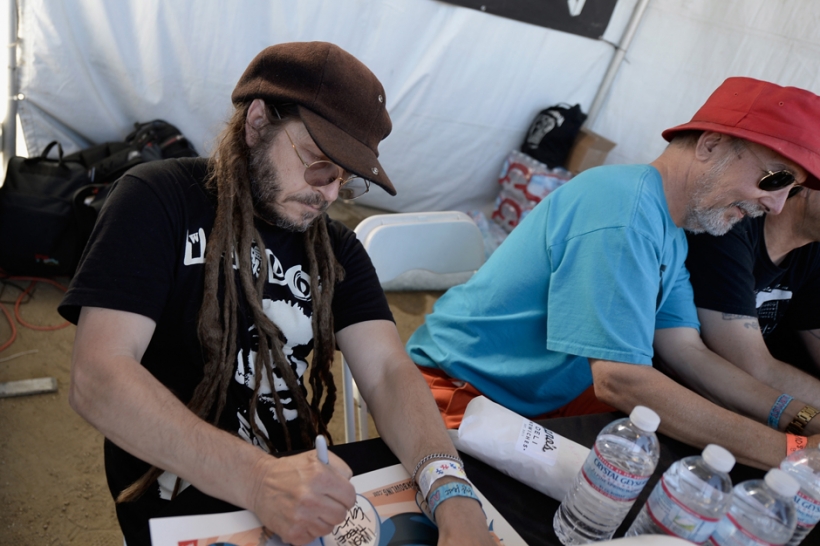 At last, Black Flag and FLAG can live in effective legal harmony. Greg Ginn and his old bandmates have reached a settlement for an as-yet undisclosed dollar figure. “Flag gets to be Flag, and Black Flag as it is presently known continues to be Black Flag,” Ginn’s lawyer, Evan Cohen, said via Billboard.

Last August, however, the attorney claimed that ex-guitarist was “forced” to sue after Black Flag’s members splintered into two separate reunion groups, each playing Black Flag songs and clearly benefitting from the band’s established identity.

FLAG, of course, consisted of original vocalist Keith Morris, original bassist Chuck Dukowski, drummer Bill Stevenson (a member from 1983 to 1985), and guitarist Stephen Egerton of the Descendents. Ginn claimed that their name and logo usage was an infringement on the Black Flag brand; his lawsuit targeted the FLAG’s members, as well as Henry Rollins, who wasn’t even involved with the group.

In October, a judge knocked down Ginn’s preliminary injunction, arguing that those iconic black bars are everywhere now and no longer exclusively belong to Black Flag. However, the hopeless lawsuit dragged on for six more months. With this settlement in hand, the dispute is (thankfully) over for good. Live long and prosper, guys.