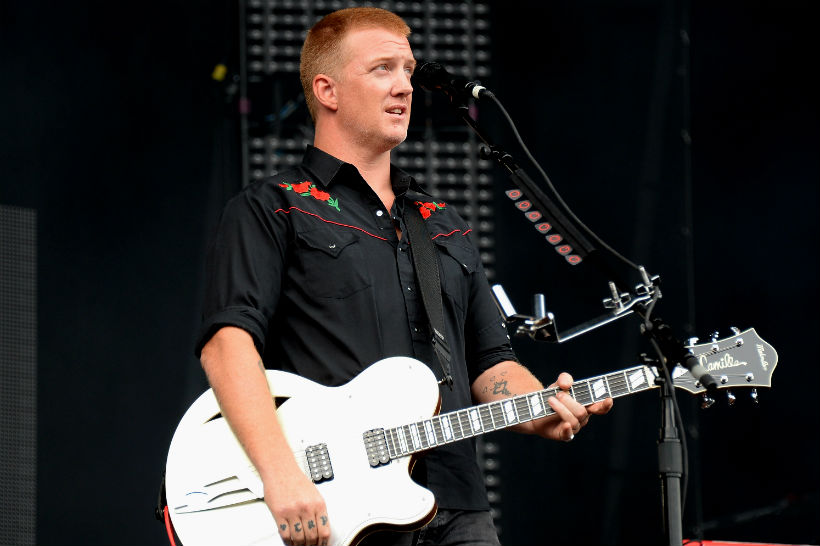 Former SPIN cover star Josh Homme is a blunt man. The Queens of the Stone Age leader is open and honest about his art, his willingness to beat the snot out of stage crashers, and the ways in which Jay Z can piss him off. In a new interview with Australia’s Faster Louder, he speaks candidly about getting cut off during the Grammys telecast and his lawsuit against his old bandmates in Kyuss.

“Fuck everything, fuck the man, fuck Imagine Dragons, fuck the Grammys, fuck all this shit.”

But he revisted the topic in response to a fan’s question about his Grammys angst, saying “I’d play anywhere. I don’t care about the drama. I got misunderstood for something I said when I was reacting to someone in the audience recently. Not to mention I was really drunk. I’m a musician, I play my music, and I don’t really worry about the rest. I go and play my music. I don’t like to be disrespected, but nobody likes that.”

Then there’s the topic of his old band Kyuss, and his lawsuit against ex-bandmates Brant Bjork, John Garcia, and Nick Oliveri for touring under the Kyuss Lives! moniker. He was eventually victorious, and the group changed its name to Vista Chino. “I like to play for respect and for passion … Money and things like that shouldn’t come into it,” he said, prefacing the following:

If you’re lucky enough to be in a band that has a legacy — something so fragile as a legacy, something so delicate as a history — then you’re really blessed and you shouldn’t toy with that. I’ve never been a big fan of reunions and sequels and stuff like that, because it really tramples what was, for reasons that I don’t really believe in. You can always play the songs of another band, but you don’t have to use that same name. I think you need to respect your fans, and, as I said, respect your legacy. Because at the end, it’s all about respect. That’s what’s important. You don’t toy with something like that. And you don’t take it lightly. And you gotta protect it.

Watch the entire interview below, in which Homme also discusses Tasmania, ice cream flavors, and his best guesses at what kind of animals his QOTSA bandmates would be.