But the singer will be there soon, is "excited" to hear the latest songs 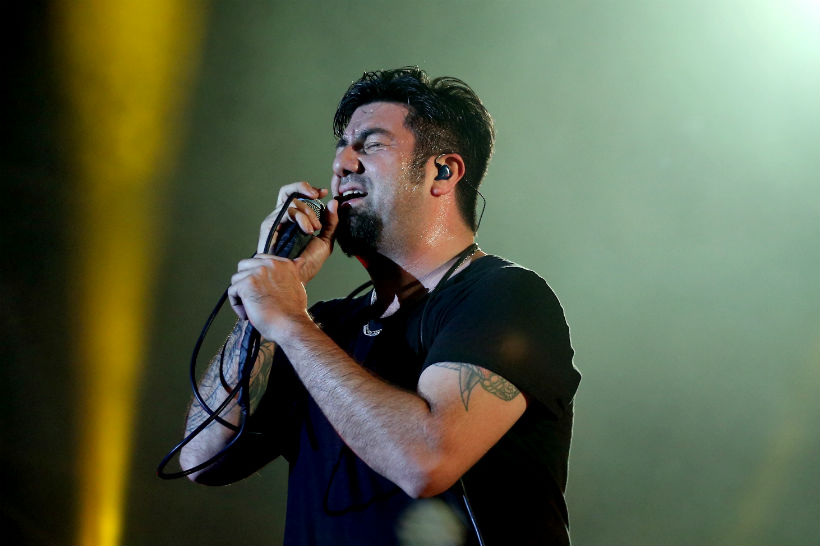 It’s no secret that Chino Moreno has been busy. The Deftones frontman has his † † † (Crosses) band, which he discussed recently with SPIN. And while that project had enough time to hit Jimmy Kimmel Live! recently, his other group Palms released a NSFW video for “Mission Sunset” just in time to lovingly ruin Valentine’s Day. But the man’s second band just wrapped the Soundwave Festival in Australia, and during a backstage interview, Moreno revealed his first band (the Deftones, if you’re lost) is recording new material in his absence. Don’t worry — he’s totally cool with that.

“The other guys started last week — I’m excited to hear what they’ve done so far,” he said in a video from SoundwaveFestTV (via Rolling Stone). “We don’t plan on what kind of record we’re going to make. We react to each other — one guy starts playing something then the other guy reacts to it, and the other guys react to that. Next thing we know, we have a song. I think that’s the best, organic way to write music. It’s worked for us over the years.”

The band’s forthcoming album and follow-up to 2012’s Koi No Yokan will also be their first since the death of founding bassist Chi Cheng, who passed away last April four years after a car accident left him paralyzed and comatose. Watch Moreno’s interview from the Aussie festival below.