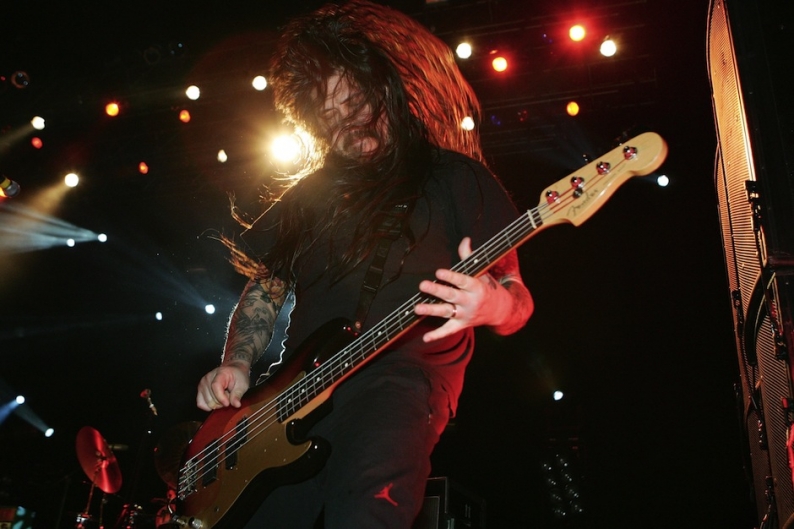 Chi Cheng, a founding member of beloved alterna-metal romantics Deftones, has passed away at age 42. Paralyzed and partially conscious, Cheng had been recovering since a car accident in November of 2008.

For years, the metal community has banded together to raise money for his family’s astronomical medical costs through benefit shows and the family-run foundation oneloveforchi.com. In a post to the website, the bass player’s mother, Jeanne “Mom J” Cheng wrote, “This is the hardest thing to write to you. Your love and heart and devotion to Chi was unconditional and amazing. I know that you will always remember him as a giant of a man on stage with a heart for every one of you. He was taken to the emegency room and at 3 am today his heart just suddenly stopped. He left this world with me singing songs he liked in his ear.”

Cheng joined the Sacramento-based band in 1988 as a teenager. He rose with the Deftones as they built a reputation as the more dreamy, gauzy, Cure-indebted stargazers of the nascent nü-metal moment, enveloping rap-metal aggression with none of it’s macho trappings. After signing to Madonna’s Maverick Records, Cheng recorded five records with them — three of them platinum.

Though the Deftones had soldiered on after Cheng’s accident, his presence loomed large over the band, Moreno often visiting him in the hospital and playing him music. As his conditions improved, Cheng would ultimately be released from the hospital, oneloveforchi.com reporting the he regained the ability to make eye contact, could lift his leg on request, and was making noises “like he is trying very hard to communicate.”

No details have been provided about cause of death.