The $8 million production is inspired by the legendary MC's lyrics 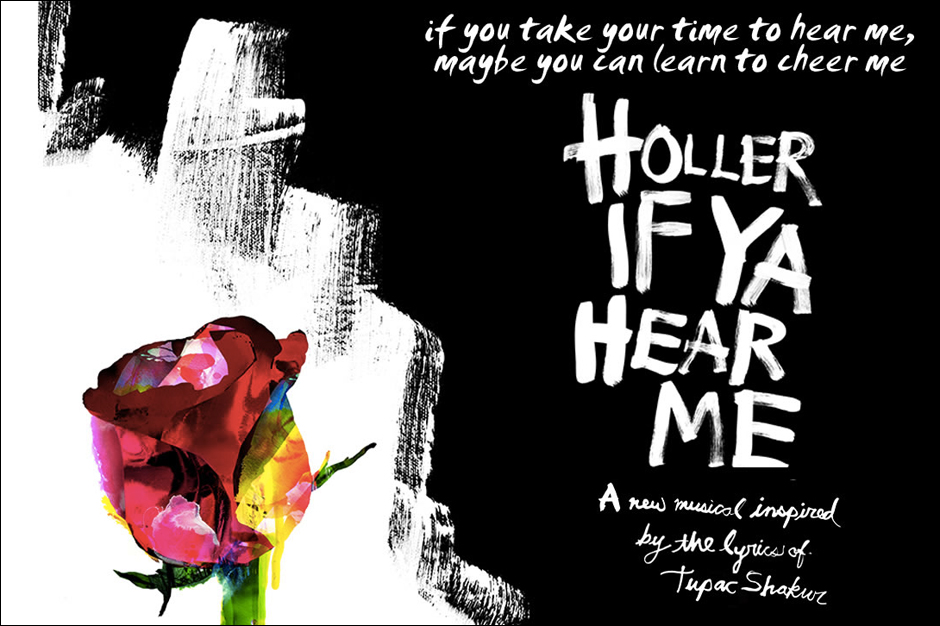 The Tupac Shakur musical has an opening date. Holler if Ya Hear Me will hit Broadway on May 25 at the Palace Theater. The official opening night is set for June 19. The production will be an original fictional story — as opposed to the biography of the artist himself — inspired by Shakur’s lyrics and legacy. The world illustrated in his songs “blazes to life,” according to creators, in a “story about friendship, family, revenge, change and hope” set in the inner city.

The $8 million production will include actual 2pac songs “Me Against the World,” “California Love”, “Keep Ya Head Up,” and “Holler if Ya Hear Me” among others. Shakur’s mother Afeni is credited as a producer alongside TV man Eric L. Gold (The Wayans Bros.) and South Korean theater impresario Chun-soo Shin. The script comes courtesy of Todd Kreidler (of the new stage version of Guess Who’s Coming to Dinner) and the director is Kenny Leon (2010’s Fences).

According to The Hollywood Reporter, Wicked choreographer Wayne Cilento is on board as well. Overall music supervision will be handled by Daryl Waters, who worked on the Duke Ellington tribute After Midnight and also contributed to 1995’s Bring in ‘da Noise, Bring in ‘da Funk. Keep an eye on all things Holler if Ya Hear Me via the official site. In other news, the Tupac biopic has a filming date, and here’s a cartoon of the MC comparing his life to a Shakespearean tragedy.