Adele and Phil Collins Are Working Together 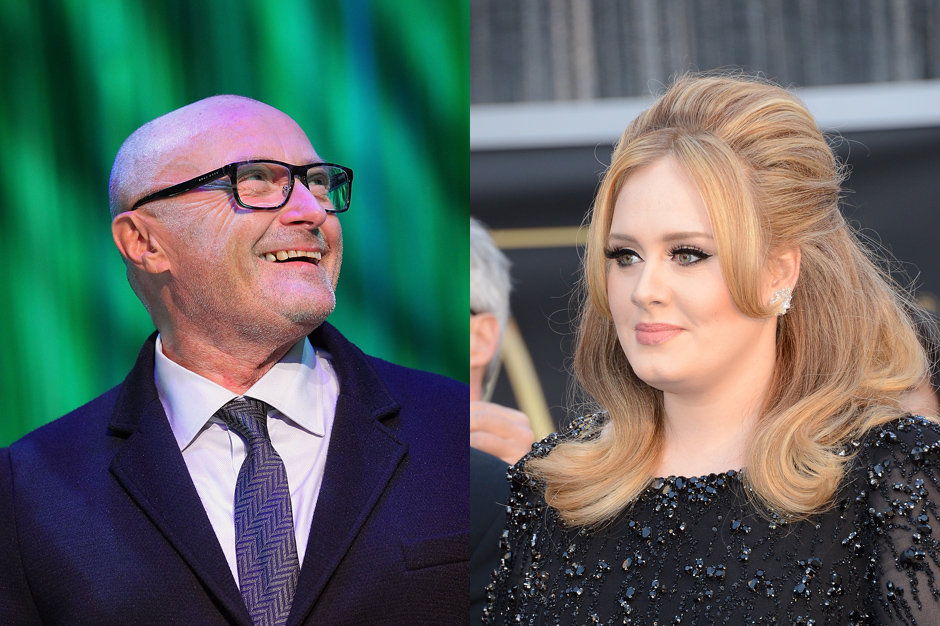 Phil Collins has revealed that he’s working on music with Adele. The former Genesis leader and solo ’80s icon gave an interview to Inside South Florida in which he explained that the 25-year-old powerhouse soul singer reached out to him about collaborating.

“I’ve just started to work with Adele. She contacted me to write together,” he said, according to MTV before going on. “I wasn’t actuality too aware [of her]. I live in a cave [but] she’s achieved an incredible amount and I really love her voice and I love some of that stuff she’s done. So, to me, it’s always an eye-opener [to work with new people]. Educational.”

Collins has considerable chops as a producer, having taken on that roll not only for his own material, but on albums by others including Eric Clapton, Adam Ant, and the Four Tops. He announced his retirement in 2011, citing family life (he has two young sons), but in December told press he’s writing again. Meanwhile, fans eagerly await the follow-up to Adele’s 2011 set, 21. She was recently given a medal by Prince Charles, and is creeping on an EGOT.