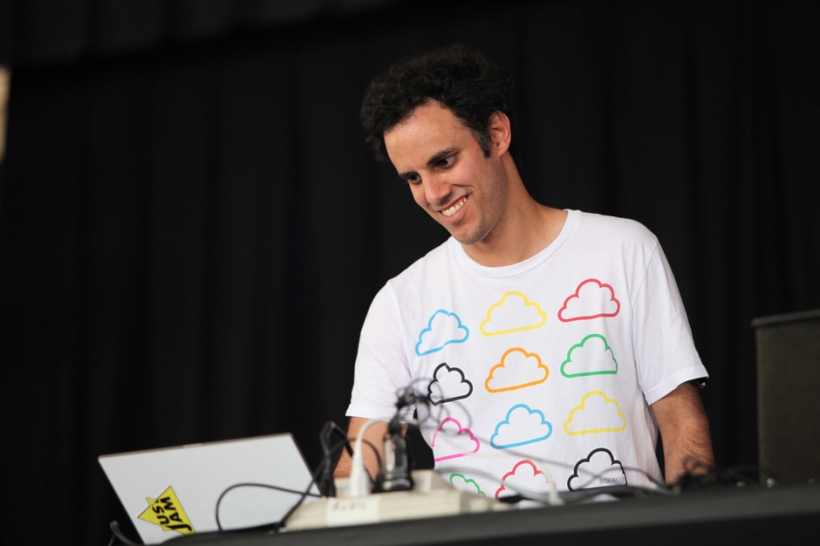 Four Tet, a.k.a. Kieran Hebden, is a longtime friend to Ninja Tune’s Solid Steel radio program. Since 2001, the Beautiful Rewind craftsman has contributed a number of mixes to the show, and on December 6, he’ll perform at Solid Steel’s 25th Anniversary celebration in London. In advance of the upcoming engagement, the producers at Solid Steel’s radio broadcast gave Four Tet control of the airwaves for a full two hours (via Fact). The U.K. DJ-producer delivered a blend of “unofficial edits and mixes,” according to Ninja Tune’s SoundCloud page.

“I guess these edits were mainly made to be played in clubs and I’ve always like the tradition of DJs extending and rearranging to make things work in their sets,” Hebden says in the statement. “Most of the edits here are unreleased because they are just tools for DJs really.”

The Omar Souleyman associate also worked in edits from fellow electronic experts Daphni, Floating Points, and Happa. Stream the joyous, soulful, and trancey DJ session below. And if that’s not enough Four Tet for you, read SPIN’s interview with Hebden about the 10th anniversary reissue of his 2003 LP, Rounds, and then head over to Mixcloud to hear an eight-hour playlist he did for RinseFM back in October.