Making the ‘Rounds’: Four Tet Looks Back at His Masterpiece

Kieran Hebden examines the making, legacy, and reissue of his definitive album on its 10th anniversary 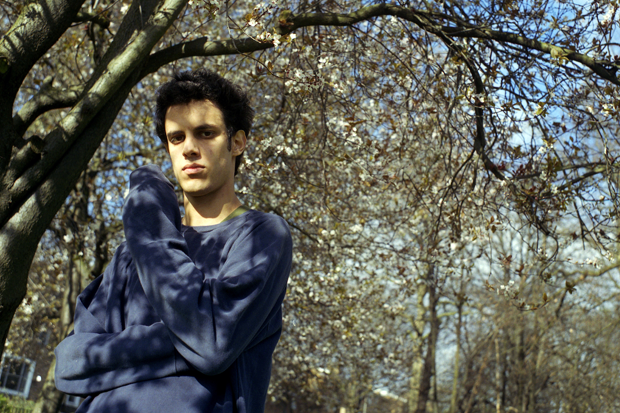 Ten years ago Kieran Hebden was an introspective Londoner with a head full of seemingly disparate sonic threads: Free-jazz ecstasy, fragile folk, the sparse solemnity of ambient electronic music. On his third album, 2003’s groundbreaking Rounds, Hebden, recording under the name Four Tet, cut up, stretched out, and weaved those sounds together into an awe-inspiring folktronica tapestry. The game-changing collection, which is being reissued (packaged with a live set from the era) by Domino on May 14, instantly found a place in the modern electronic-music canon, and won high-profile fans ranging from J Dilla to Thom Yorke.

In advance of Rounds’ next spin, Hebden, 35, spoke with us from his residence in upstate New York about the creation and reverberations of his still-influential masterpiece.

It’s been 10 years. How far removed do you feel from Rounds?
I don’t know how removed from it I feel. I can remember it all really well. I look back at that time fondly. I remember stuff going on in my life rather than just what it means musically. I was in my early 20s when I made the record and I was living in London on my own. I was meeting loads of new people and starting to travel all over the place. I just remember the time — living in a little apartment and the people that I was hanging out with — really vividly. A couple of relationships started and ended during that record. In the middle of making it I toured opening for Radiohead in Spain and Portugal and it made me re-think live electronic music when I hadn’t thought about it much. So when I hear Rounds, it’s like looking at an old diary.

What was the recording process like for you back then?
It was all done in the front room of that little apartment. I had my computer set-up with records and things. I was recording all the time. I wanted making music to be a part of my day-to-day life, the same as eating and sleeping. I’ve never been the sort of person to go and spend ten hours in the studio every day. [The recording] is happening all the time. I was so committed to the idea when I was doing Rounds that music was something that should be going on alongside life all the time. I’d get up in the morning and watch TV, make a little music, hang out with friends, go out to dinner, come back, make a little music. Music was constantly happening.

Is your process different now?
It’s more minimal. On Rounds, I was using a big desktop computer hooked up to my hi-fi. Now it’s just a laptop and headphones for the bulk of the time. I’m staying out in the woods somewhere at the moment in upstate New York and I’ve got my laptop and little speakers and that’s all I need. There’s no synths, no microphones, nothing. It’s all inside the computer these days. [On Rounds] I played guitar on one of the tracks, “Slow Jam.” I also had this little microphone that came free with my sound card and I used that.

So working in some lavish high-tech studio was never a goal?
I’ve always come from that bedroom, DIY scene. When I was a teenager, the main things going on around me were riot grrrl, jungle, and drum and bass. All of those things are about making music in your bedroom. You didn’t need anything fancy or any studios. I think that was a really powerful message for me to get as a teenager and it’s resonated with me ever since. I’m still in that mentality today: Great ideas make great records. It’s not necessarily about having the best equipment or best studio.

Which is somewhat ironic given that Rounds doesn’t sound like the product of a “bedroom producer.” It doesn’t come across as particularly raw or simple.
At the time, music software was exploding. There were all sorts of amazing things you were able to do with sound and it was all happening so quickly. I was working very much in a hip-hop style of production, finding loops and samples on records and trying to find a way to mash them together. Sometimes on Rounds, it’d take samples from 20 or 30 records to make a song. On one level, it is this bedroom recording, but on a lot of levels, it’s the most complicated and sophisticated technical recording you can imagine. If you tried to recreate it from absolute scratch, with only a pile of instruments and a tape machine, you’d have a lot of trouble on your hands.

And that complexity is something you were going for?
I wasn’t interested in human performance on the record of any sort. I try to create illusions. You listen to it and you’re not really sure what you’re hearing. It sounds like a guitar player or something, but then the guitar line slows down and moves backwards. Moments that are impossible would suddenly happen. The music would pull you in, but in ways that didn’t make sense.

Was it strange then how people attached the “folktronica” label, which implies something organic, to music that was at least partly intended to sound unnatural?
No. In a lot of ways that was the illusion I wanted to create. [Rounds] puts you in these comfort zones of natural sounds and then something would happen that wouldn’t fit with that at all. A lot of journalists used the word “organic” to mean “not made on synthesizers and drum machines.” When I was saying there were all these technological breakthroughs at the time, all of those had to with editing and manipulating sound. Back then everyone still equated electronic music with drum machines and synthesizers — they instantly thought of Kraftwerk.

How did Rounds affect the music you’ve made since?
With Rounds, I found my own sound. At the time, my main criticism of my own music was that it felt like too much a product of its influences. On some tracks [from Four Tet’s pre-Rounds albums] you can hear, “Well, I’ve been listening to this record and this record so I smashed them together to make a song.” My favorite music sounds like it doesn’t come from anywhere. It was around the time I did Rounds that people like Rodney Jerkins and Timbaland were putting out their absolute masterpieces. A record like Whitney Houston’s “It’s Not Right But It’s Okay” [which Jerkins co-produced] would come out and it didn’t sound like anything before it. On one hand, it’s experimental, but it also manages to be very human. It’s a No. 1 chart smash, but it has thumb pianos and drum machines! I found things like that really inspiring. I knew I had to have a wide variety of sounds to use. It couldn’t just be keyboards, bass, guitar, and drums anymore. I learned that I could use a harp, bongos, and two pianos and still have a heavy track. I’d done it to a certain extent on [2001’s] Pause, but Rounds was where I found some real confidence in my own unique sound and style.

Tell me about the decision to pair the reissued album with a live set. Were the shows from that era particularly important for your development?
The live sets were always changing. I had no interest in trying to recreate the record. If you’re doing that with the solo live electronic thing, you might as well be playing a CD! I was more interested in reconstructing the tracks and turning them into something else, the idea being that people coming to the show would get to see where my head’s at on that day and in that moment. I just got onstage and decided what I was going to do.

Did you find that audiences were always willing to go where you wanted to take them?
Around then it wasn’t so common to be a guy onstage running around with a laptop. Nowadays you can headline a festival doing that. It’s so much more socially acceptable. I would arrive at smaller venues, bars, and the sound engineers would be like, “What are you talking about? You’re going to stand onstage with a little table and a computer?” It confused people, but I was enjoying myself. I like the fact that it’s more normal now for people to stand onstage with a laptop, but the live electronic music does seem less experimental than ever. At the time [of Rounds] there were people like Fennesz and Jim O’Rourke doing solo live laptop music. There were a lot of very experimental improvisers. Now people play it a lot safer than they used to. Maybe why it was more interesting ten years ago is that even if [live electronic music] wasn’t so widespread, there were all sorts of different ways of doing it. Everybody was using different software and different methods. The lines have blurred between live electronic music and DJing in a pretty appreciable way.

How about the lines between Rounds and the music you make now?
Things are always moving on. I probably haven’t done any songs from Rounds live in a couple of years. I used to play “Spirit Fingers” now and again, but I haven’t played any of the big tracks in five or six years. The only reason to play them now would be nostalgia, and nostalgia could very easily get in the way of new ideas. Think back to older musicians like Miles Davis: Look at the way his music kept developing. With live music or recordings he never went backwards. It’s only further down the line when you look at his whole body of work that you get a linear picture of his journey. I’m not trying to perfect one idea. What I’m trying to do is document my ideas as I go along.