Television, Dead Boys, and the Nails members debate film in a comment thread 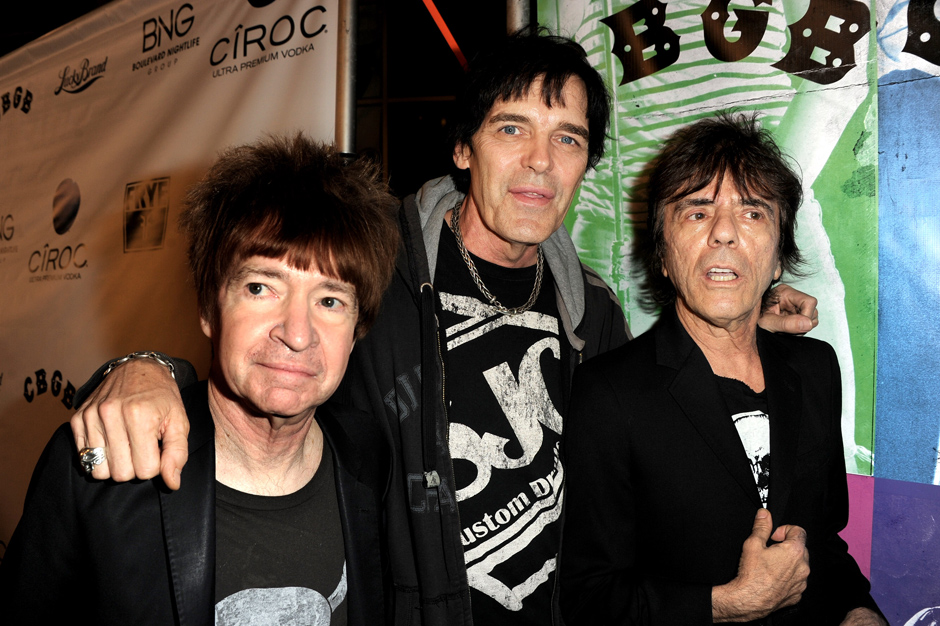 The upcoming CBGB biopic about the historical New York punk club of the same name is generating its own virtual mosh-pit days ahead of its official release. Though the feature film doesn’t hit theaters until October 11, screenings have been held and reviews are rolling in. One such piece happens to be by someone who witnessed many of the fictionalized events firsthand: the Nails frontman Marc Campbell, writing for Dangerous Minds. Tellingly, his review is titled “If You Thought CBGB’s Bathrooms Were Full of Shit Check Out the Movie.”

But a couple of Campbell’s peers have a bone to pick with his sharply penned panning. Scroll down to the comments and you’ll find follow-ups from none other than Dead Boys guitarist Cheetah Chrome and founding Television guitarist Richard Lloyd. In his review, Campbell takes aim at everything from factual inaccuracies (Patti Smith “singing ‘Because the Night’ two years before Springsteen wrote it”) to matters of tone (the Ramones’ portrayal as idiotic losers), concluding that CBGB is “dramatically inert and ridiculously inauthentic.”

He also takes a jab at Chrome on his way out: “As to the guys who were there and participated in the creation of this flick, Cheetah Chrome and John Holmstrom, I can’t imagine you’re too proud of the outcome. I hope you were paid well because the movie makes you look like fools.” In the comments below, Cheetah himself responds, referencing another CBGB punk-turned-writer: “Another Binky Philips type with an axe to grind, Marc Campbell misses the point entirely. But yes, I am proud and I wasn’t paid anything but union scale for my cameo.”

From there, we get a surprising cameo from Lloyd. In one prepared response, essentially his own review and recollection, the Television player agrees with some of Campbell’s gripes while overall expressing favor for CBGB: “Although I think that the reviewer in many cases was dead accurate, the historical liberties that the movie-makers used didn’t bother me — every band there, and every separate musician in each of the bands embodied something so unique and exquisite that it would be impossible to cast the characters any better.”

But in a second note, Lloyd refers to “know it all critics waiting in the wings to make themselves feel powerful by damning and negative comments.” He closes with, “Those of us who were there know differently. Love Ya, Brother,” seemingly lobbing a dis back at Campbell by ignoring his contributions to the ’70s punk scene in New York. The Nails singer responded in brief, but the beef seems to have settled since. Read the entire hilariously scathing review of CBGB over at Dangerous Minds. Check out the film’s trailer here.