Desks, phone lists, and plenty of original stickers are making their way down to the film's Georgia set 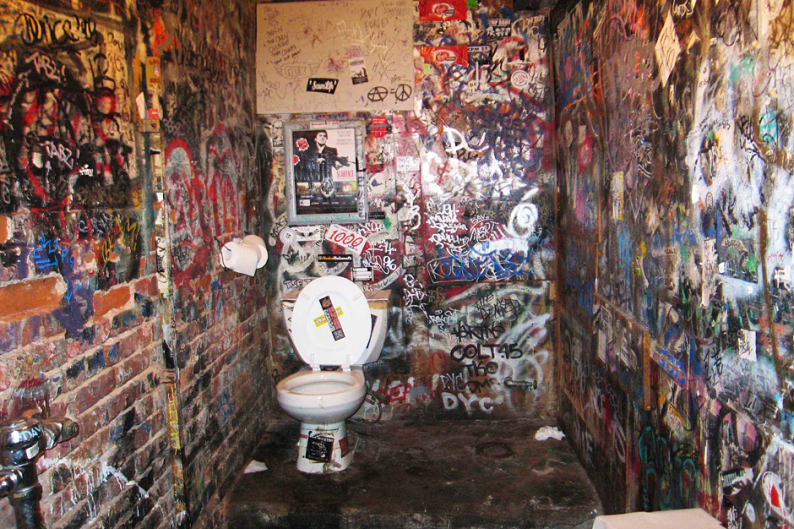 Even though it’s being filmed mostly in Savannah, Georgia, far away from CBGB’s original hood, the forthcoming doc about the legendary NYC venue that’s been in the works for the past year will feature a set that as authentic as possible — and that involves shipping just about everything not nailed to the floor (and some stuff that was) from the shuttered iconic punk club’s old home down to the Georgia shoot location.

Back when CBGB closed for good in October 2006, club owner and founder Hilly Kristal had the majority of the place carefully dismantled by a team specializing in deconstructing and transporting theater sets, ensuring that a large portion of the venue would remain intact for its next home (which hasn’t been found yet, though investors are still looking). Though the original 315 Bowery location now houses a John Varvatos boutique, the remains of the club have been preserved in storage space at the nearby Brooklyn Navy Yard (the John Varvatos boutique, for the record, has kept the walls largely authentic). Now, as the New York Times’ East Village blog reports, club “artifacts” — including Kristal’s desk, taped-down phone lists, the cash register, and even the (unwashed) toilets and stalls — were packaged up and are currently en route to Savannah, where filming is set to begin later this month. Predictably, as can be seen in the Times’ slideshow, everything is covered in band stickers. Unpredictably, one of the those was Sugarcult’s.

The Alan Rickman-starring biopic, which will follow Kristal’s life and work at the infamous Lower East Side club, has already racked up quite the cast (and the controversy). Some of the stars being portrayed, including Debbie Harry and Patti Smith, have recently given their seals of approval.