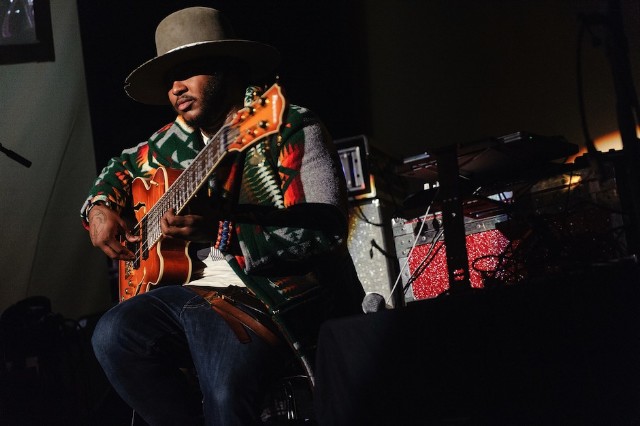 The number of 8-bit reworkings of famous pop songs — like, say, this “Get Lucky” one from earlier this year — is not exactly infinite, but it sure feels that way. This, though, might be the first genuine tribute to the man who helped bring 8-bit music into the homes of millions across the world: Nintendo president Hiroshi Yamauchi, who died last week at the age of 85. Thundercat’s “Bowser’s Ballad” honors his legacy, opening with the familiar sounds of early NES but is an original, meditative composition that seems to have a distinct sadness at its heart. The song was co-written/produced by Ruslan Sirota, a Ukranian composer, but it’s bass god Steve Bruner’s inimitable touch that really brings it to life.

Revisit SPIN’s recent chat with Thundercat on the occasion of his new Flying Lotus-assisted album, Apocalypse. The Los Angeleno will also be going out on a short tour in November.