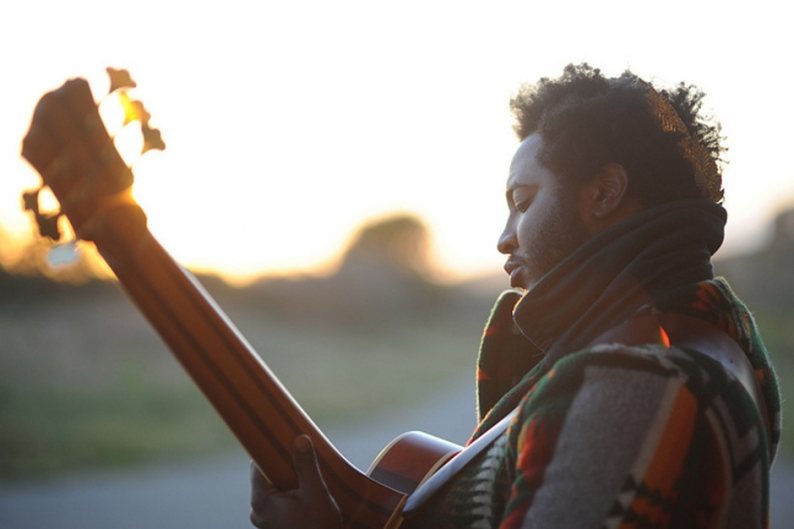 With a production assist from his label boss Flying Lotus, Stephen “Thundercat” Bruner offered up a loving valentine to ’70s jazz fusion with his 2011 debut The Golden Age of Apocalypse. That was the bassist-singer’s first album, but it was hardly his first rodeo. He’d recorded with Erykah Badu and Suicidal Tendencies, and played live with Snoop Dogg, Stanley Clarke, and Coachella headliners the Red Hot Chili Peppers before being signed to Brainfeeder as a solo artist. That earlier LP earned a fervent but small reception, so we’re happy to announce that Thundercat will be releasing a sophomore album on July 9.

This one’s simply titled Apocalypse and finds Lotus moving from co-producer to “executive producer.” The label’s announcement promises further examinations of the blurred territories where pop, soul, electronica, prog, and funk meet, and the first taste of the record bodes very well for the rest of it. Below, you can stream “Heartbreaks + Setbacks,” a song that reigns in Bruner’s more virtuosic habits and ethereal proclivities in favor of strong songcraft and tangible vibe. “Maybe this will be a chance for us to see / Maybe we’ll figure out where we’re supposed to be,” he sings, even though the guy has clearly found the sweet spot in his song. Thundercat hits the road with Lotus and the always excellent Teebs this month.