Guitarist Charles Mootheart breaks down the proto-metal trio's debut LP, due Oct. 1 on In the Red 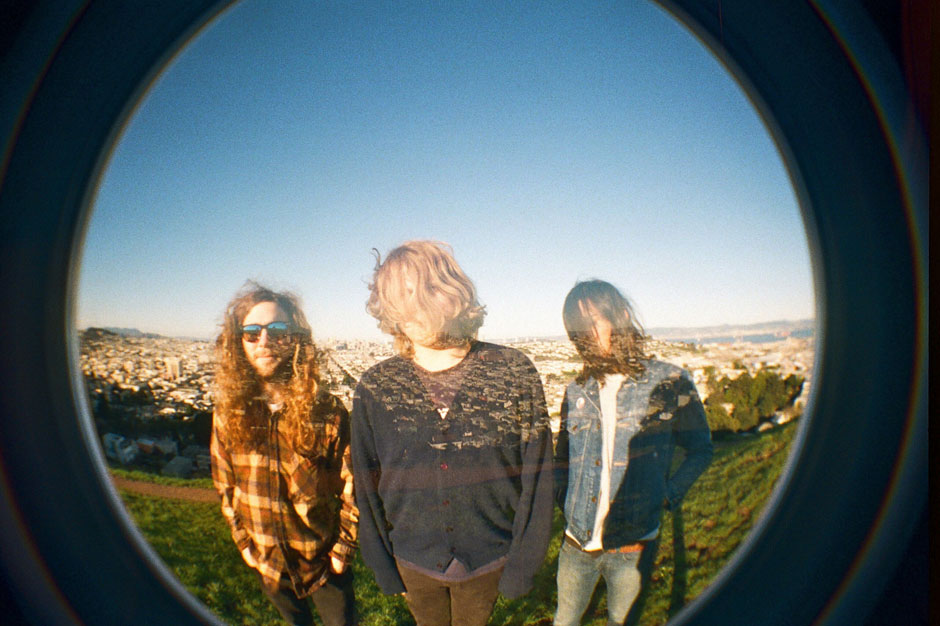 Early last January, Chicago’s Trouble in Mind Records released an unexpected seven-inch, “This Time I Got a Reason” b/w “Fuzz’s Fourth Dream”; curiously, the label claimed it had no idea who deserved the credit.

Whoever they were, the music recalled both the free-wheeling blooze-grooves of Blue Cheer and the devil-horned groans of Black Sabbath. And it didn’t take long for garage rock enthusiasts to detect a distinct vocal element, courtesy of SPIN cover star Ty Segall. And while this proto-metal side-project may initially seem like just another outburst from the ultra-prolific California native, Fuzz is not solely a Segall concern: He mostly sticks to drums here, while longtime collaborators and bandmates Charles Moothart and Roland Cosio fill out the group on guitar and bass, respectively.

“We’ve been playing together since high school, and we’d start a new band like every week,” explains Moothart, who has backed Segall on solo tours and collaborated with him in the early punk outfit Episilons. “It’s fate or something now. After the last two years going super-gnarly on music things, we thought, ‘We just want to have fuckin’ fun with music again.'”

Although the guys have been kicking around the Fuzz idea for years, Moothart admits the trio were nervous about actually hitting the studio. (An early mixing session in Mootheart’s San Francisco home was detailed in SPIN last October.) But the boys knocked out the band’s self-titled debut in Sacramento’s Hangar Studios over a remarkable two days this May; the finished product is due October 1 by way of L.A. garage rock haven In the Red.

With Mootheart taking on the role of chief riffsman, the songwriting marks an audible break from much of Segall’s previous work. But at its heart, it’s a headbanger’s record as dizzying as anything the latter’s ever been involved with. When Mootheart speaks of Fuzz, he does so slowly and carefully, like this is all a still-developing science experiment. Shortly after their studio time in May, they embarked on a short but raucous East Coast tour to “feel it out live” — another part of the Fuzz experience that’s still taking shape. “I have a really hard time stepping back and removing myself from my work,” Mootheart says of the album. “But I’m insanely stoked on this record.”