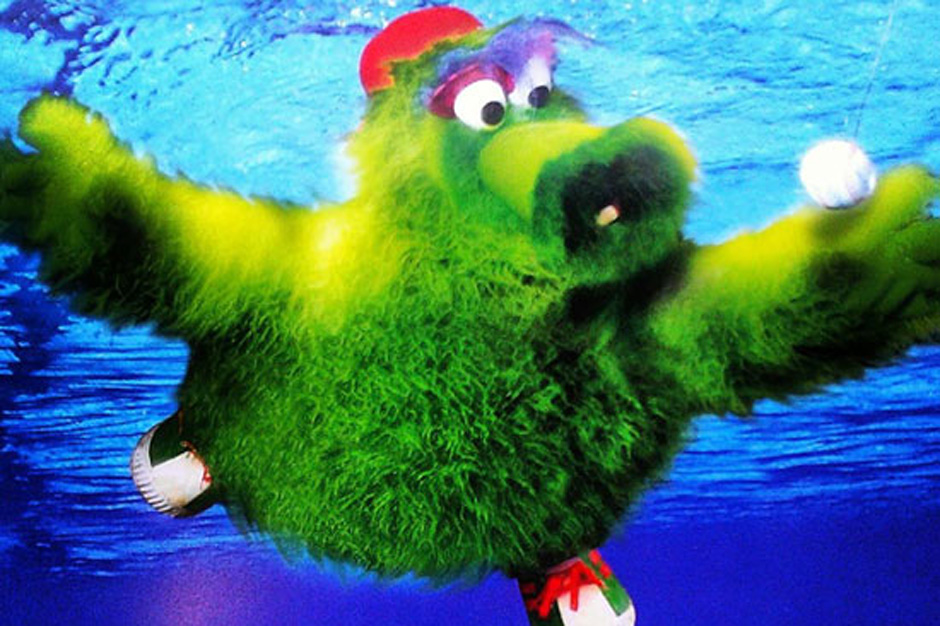 Over the years, the cover of Nirvana’s world-conquering second album, Nevermind, has inspired a number of parodies and homages. “Weird Al” Yankovic recreated the iconic image for his “Smells Like Nirvana”-featuring 1992 full-length, Off the Deep End. More recently, Lil Wayne Photoshopped his own baby photo over the face of Nevermind cover star Spencer Elden. And just this past February, swimmer, Olympic medalist, and “sex idiot” Ryan Lochte posed for a recreation of the shot.

Now, Major League Baseball has crafted its own tribute to Nirvana’s sophomore LP. As one Reddit user points out, Friday night was “TOTAL 1990s Retro Night” at the Philadelphia Phillies’ Citizens Bank Park, so the organization handed out placards featuring team mascot the Phillie Phanatic underwater, in the buff, and arms spread, swimming after a baseball. Seeing that the August 23 game against the Arizona Diamondbacks was a family event, the poster isn’t 100 percent anatomically correct — the Phanatic’s fuzzy green fur strategically covers up his lower half. Something in the way, indeed.

Speaking of ’90s throwbacks, be sure to check out SPIN’s recent feature, Soy Un Perdedor: The 50 Worst Moments of the ’90s. And for a more in-depth look at Nevermind, read what Dave Grohl, Eddie Vedder, Wayne Coyne, Sleater-Kinney, and more have to say about the album in What Nevermind Means to Me. Also, keep an eye out for the upcoming 20th anniversary reissue of Nirvana’s final album, 1993’s In Utero. That super-sized re-release arrives September 24. For now though, bask in the glory that is below. 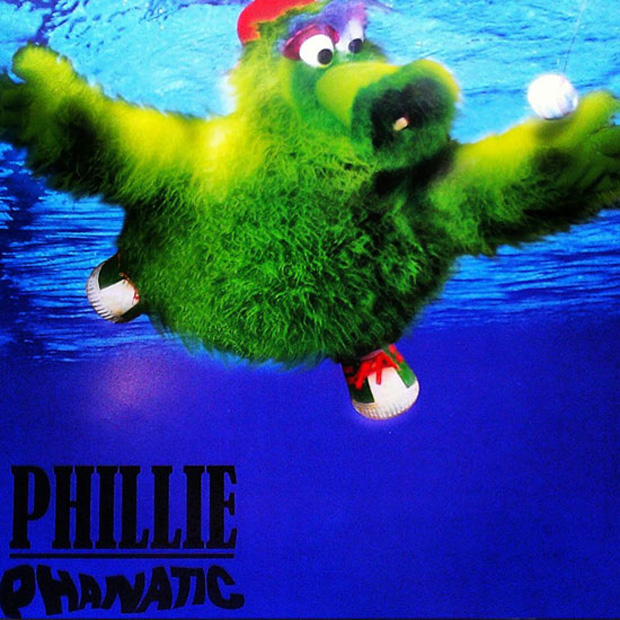