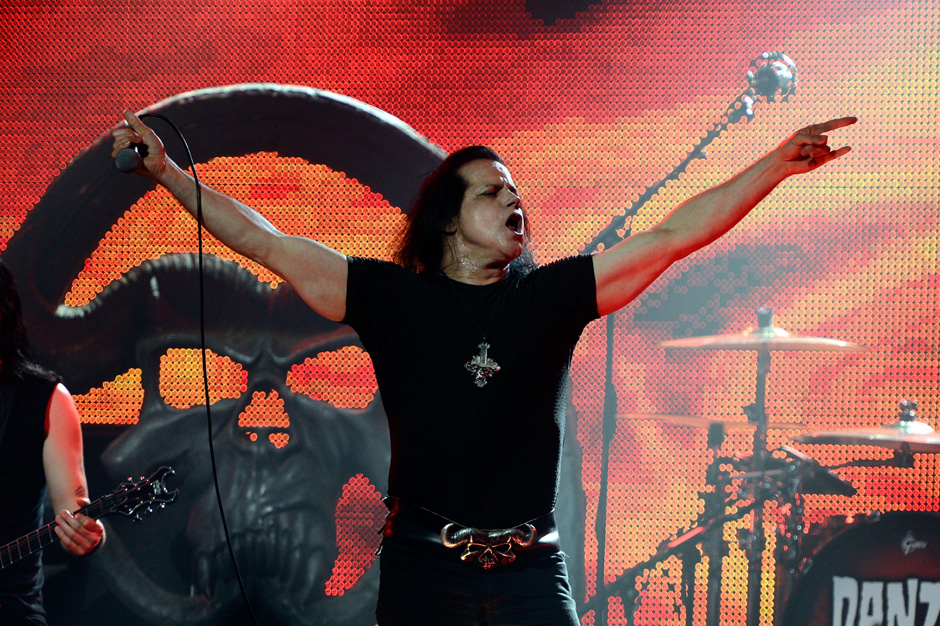 Danzig have crashed the lineup for Chicago’s Riot Fest after being forced to cancel an August 16 gig at theWindy City’s  Congress Theater. Organizers for the festival announced the addition of Glenn Danzig’s horror-blues crew on Tuesday, August 13, explaining that ongoing renovations at the Congress Theater have nixed Friday’s show, but “rather than disappoint his Chicago and Midwestern fans,” Danzig has agreed to play Riot Fest on September 13 (yes, that’s Friday the 13th).

Currently in the midst of a 25th-anniversary tour, Danzig will reportedly perform songs from their own catalog as well as a full set of Misfits songs with help from ex-guitarist Doyle Wolfgang von Frankenstein. Tickets for the August 16 concert will be refunded at point of purchase, and passes for Riot Fest are still available via Ticketfly.

The three-day showcase runs from September 13 through 15 and takes place in Humboldt Park. As SPIN previously reported, the Chicago installment of Riot Fest promises the recently reunited Replacements and the Kim Deal-less Pixies (who stepped in to replace Motörhead after Lemmy’s health problems forced the Brits to bow out), as well as Fall Out Boy, Blink-182, Joan Jett and the Blackhearts, Andrew W.K., Violent Femmes, Guided By Voices, FLAG, Best Coast, the Dismemberment Plan, Dinosaur Jr., and many more. Other editions of Riot Fest are scheduled for Toronto (August 24 and 25) and Denver (September 21 and 22).

Meanwhile, Glenn Danzig recently shared his own rendition of Lee Hazlewood and Nancy Sinatra’s 1967 single “Some Velvet Morning.” According to Exclaim!, the freshly unveiled track is slated to appear on Danzig’s long-awaited covers album. His doomy redux, which features vocals from former Runaways singer Cherie Currie, transforms the pop symphony into an apocalyptic sermon. Stream it over at Danzig’s official website.