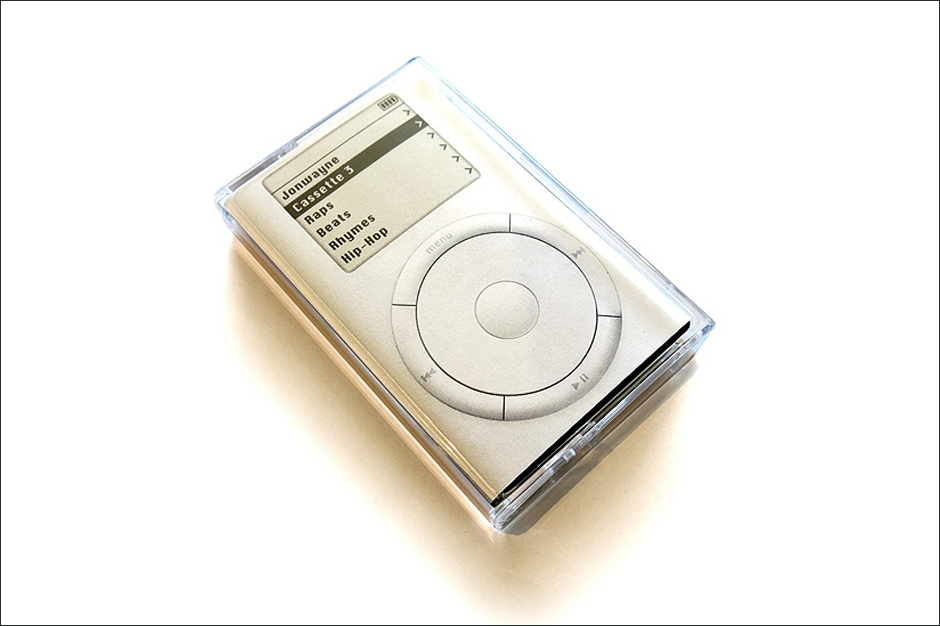 Awesomely, the release continues the art direction theme (via Jeff Jank) that got the label hit with a cease and desist back in March. While the first entry in the Cassette series — each of which is indeed being sold as a limited-edition tape — was made to resemble a pack of Marlboro cigarettes, and Cassette 2 ripped off the Coca-Cola insignia, this latest offering borrows its look from the vintage iPod. Visit Stones Throw to purchase before Apple orders them to melt every last copy.

One last tidbit, which Jonwayne explains toward the end of the set, via the L.A. label: “Jonwayne’s real name is Jon Wayne. Marion Morrison is the real name of the Hollywood cowboy guy John Wayne, who took his screen name from Jonwayne’s great-great-great-great-great uncle. What comes around goes around.”