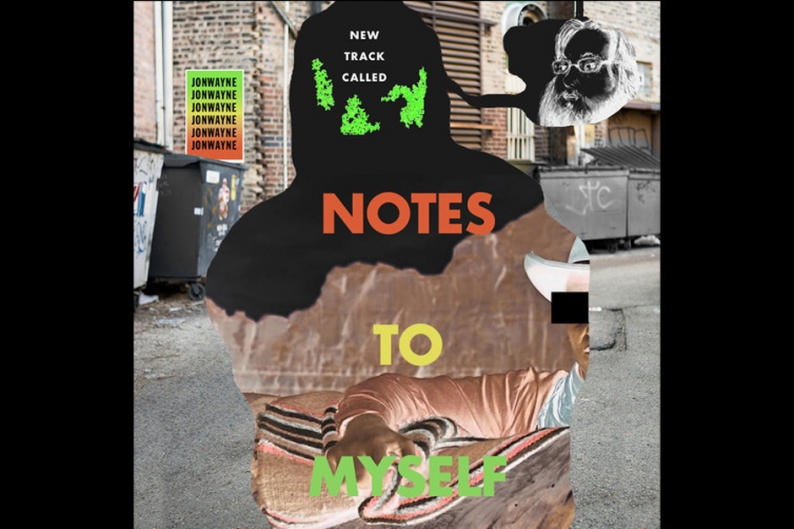 Rising Los Angeles rapper Jonwayne announced his forthcoming Marion Morrison mixtape today by sharing “Notes to Myself,” a rock-solid new cut that finds him going in over a vintage J Dilla beat. Last month, the Stones Throw star shared “Rap Robbery,” a topsy-turvy collaboration with Brainfeeder MC Jeremiah Jae, so it only makes sense that he’d return to the kind of meat-and-potatoes rapper’s raps that put him on a lot of people’s radars (Notorious B.I.G. comparisons and all).

Over the dreamy, simple production, Jon serves exquisite diss to, well, himself it would seem. After encouraging his subject to seize the day, he rhymes, “I don’t think that you could handle the reknown / That’s why you don’t get the looks you deserve, you calm it down.” Shortly thereafter, he issues one of the greatest self-effacing lines in the history of the art form: “You need to understand the mind is a fallacy, mane / Your phallus is an asterisk in the galaxy, mane.” According to Stones Throw, Wayne’s non-instrumental debut, Rap Album One, will arrive late summer or early fall.