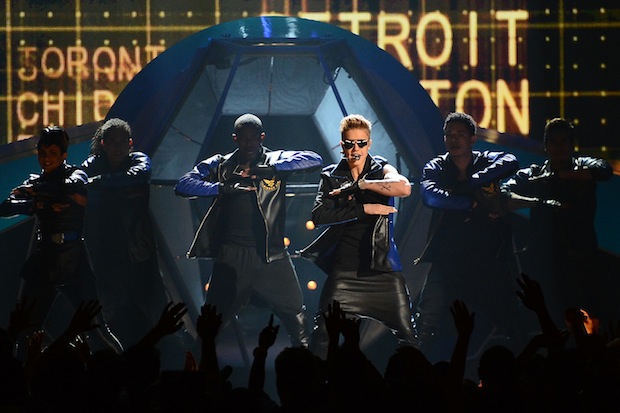 Would you like to travel to space with a companion but don’t want to, say, pay $1.5 million to ride next to Leonardo DiCaprio? Good news: Pop star Justin Bieber is headed to the actual stars, the Guardian reports. Virgin head honcho Richard Branson tweeted yesterday that Bieber and his manager Scooter Braun are the two most recent celebrities to drop $250,000 for a seat on his Virgin Galactic commercial space flights. As potential amateur astronauts, they join such adventurous luminaries as Tom Hanks, Angelina Jolie, and Brad Pitt. Oh, and Ashton Kutcher.

In response to Branson’s tweet, Bieber said “let’s shoot a music video in SPACE!! #nextLEVEL” which is something you say when you already shoot every music video ON WEED and/or when you spend too much time hanging out with Will.i.am. Maybe most importantly there will be no paparazzi in space to assault, nor will there be ex-NFL wide receivers to confront you about your reckless driving.