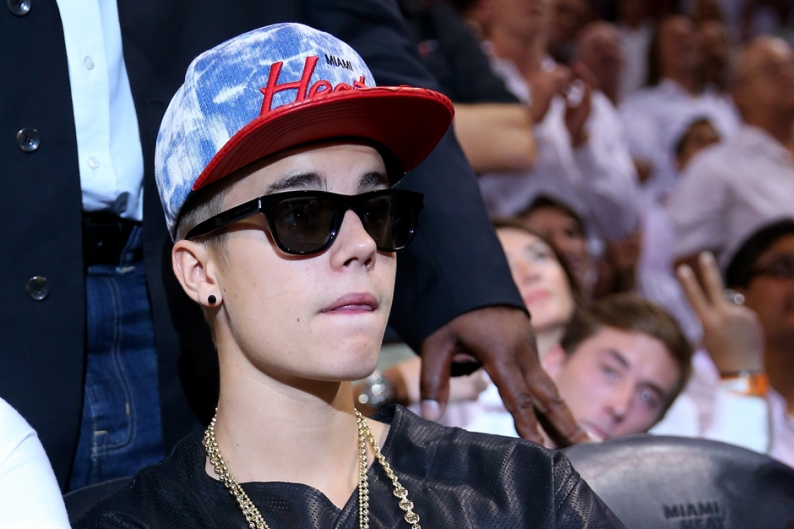 Justin Bieber continues his 2013 hot (mess) streak as news emerges that his security detail allegedly assaulted a photographer in Miami on Wednesday (June 6). The paprazzo was trying to catch some snaps of the kid skateboarding outside of Hit Factory Florida when the guards reportedly roughed him up, one choking him, and forcibly removed the memory card from his camera. Miami-Dade Police arrived and took a battery report, says HuffPo.

One could question the Biebz’ need to keep such aggressive dudes on his payroll, but skateboarding is the pop star’s most innocuous hobby. On the road he gets cited for holding drugs and stun guns, puts his own fame before the memory of Holocaust victim Anne Frank, shows up late, passes out when he does show, and parades around wearing a gas mask. At home he allegedly drives like a demon, spits like a llama, and smokes weed on a Segway.

It’s no wonder the one thing Democrats and Republicans agree upon is this: Bieber sucks.