Justin Bieber Is a Rich, Reckless Teen and His Neighbors Hate Him 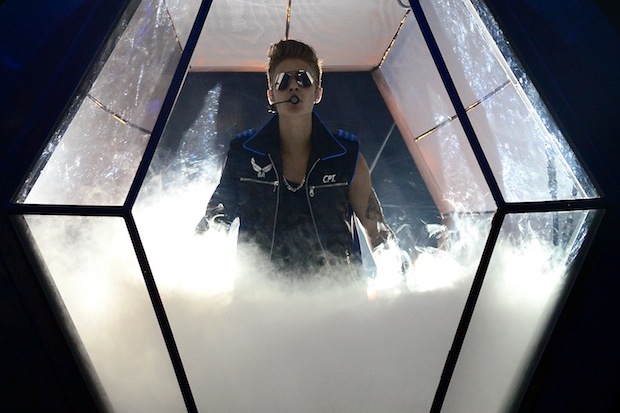 You would think that there’s basically nothing bad about living in a gated community in Calabasas, an insanely affluent city in the hills northwest of Los Angeles. Unless you live next door to Justin Bieber, in which case your life is apparently hell. After his whirlwind nightmare in Europe, Bieber has been back in L.A., where he’s allegedly staging a live action reboot of Richie Rich behind the gates of his Calabasas neighborhood. Over the weekend, Bieber was confronted by ex-NFL star wide receiver Keyshawn Johnson over his habit of speeding around in his white Ferrari (via E!).

According to reports, Johnson followed a speeding Bieber to his home and verbally confronted him about his driving habits. Bieber’s people confirmed that the incident took place, but are denying that Bieber was behind the wheel — ABC even cited a source “close” to Bieber who said it was Tyler, the Creator. Nonetheless, Bieber’s non-ex football player neighbors have reportedly filed police reports regarding the pop star’s reckless driving.

But Bieber wasn’t done maliciously terorrizing his neighbors — TMZ published an explosive report on Tuesday detailing Bieber’s habit of riding his Segway around while smoking weed. In front of kids, no less. Please, keep the poor people of Calabasas in your thoughts through this troubling time.