So what if Dave Navarro plays a guy named Ferrari? 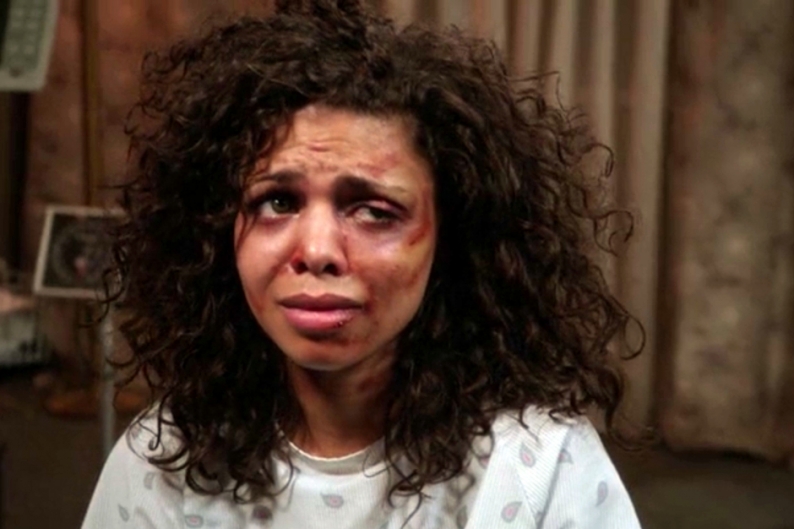 First things first, Law & Order: Special Victims Unit is a television crime drama on a major network. It is among the ham-handed best that one of the worst and most salacious genres in mainstream entertainment has to offer. It never has and never shall be The Wire. Deal with it. But there are two things you can count on from SVU: 1) that it will turn juicy, real-life stories into even juicier “ripped-from-the-headlines” dramas, and 2) that it’ll be better than that awful show with the chick with the bangs.

“Funny Valentine” is the series’ most recent episode and, as previously noted, its plotline follows two lovestruck pop singers caught in an abusive relationship very much inspired by Chris Brown and Rihanna’s exasperatingly public and potentially dangerous affair. It aired on NBC on Wednesday night (streaming on Hulu) and despite the show’s ever-present ass-covering title card (“The following story is fictional and does not depict any actual person or event.”) the similarities were striking.

To their credit, Gawker has done a helluva job running down the not-so-coincidental story elements — references to Brown’s apology video, Rihanna’s stomach-churning mug shot, loosened restraining orders, dick picks, terrible tattoos, Twitter love, and a radio-ready duet as the cherry on top. But the gossip blog found the whole thing “despicable” otherwise, instead of a very possible outcome of their sort of relationship, which happens to be presented in a patently mediocre and dramatized format.

In a 43-minute gust of not-so-suspenseful tragedy, we: meet Mischa Green (Tiffany Robinson) and Caleb Bryant (Roca); witness the loving couple recording together; see him brutally beat her when she casually objects to his flagrant flirting; cringe as she goes back on her decision to seek justice; duck as C.B. shoots and kills Mischa’s producer/mentor; cringe harder when Mischa recants a second time; and then go “well, fuck” when she (SPOILER ALERT) winds up dead over a minor disagreement with Bryant later.

Was the story particularly emotive? Nah. Was it a little ridiculous that Dave Navarro was cast as a studio engineer named Ferrari? A little. Or that Perez Hilton cameoed as himself in a bitchy vlog about the couple that inspired Law & Order old-timer Richard Belzer to quip, “They should go on a double date with Chris Brown and Rihanna”? A lot. And while we’re asking questions, what in the world is a “beef cookie”? We have no idea, but Mischa called her triflin’ backup singer one and we’re okay with that.

But was “Funny Valentine” exploitive in a way that felt unrealistic, crude, or unfair to the actual humans who inspired it? Not hardly. Mischa and Bryant’s cycle of abuse and forgiveness and abuse and forgiveness and abuse then death is not unfamiliar. It is exactly what many of Rihanna’s fans in the media and Breezy’s “haters” worldwide fear as the worst possible outcome of their unfortunate bond. SVU did nothing noble in spelling that out, but the show’s writers weren’t wrong to do it either.

They also provided a little succor to those so desperately looking for louder voices (Adele reference very much intended) to condemn Brown’s behavior publicly. When Mischa’s mentor equivocates that “their relationship is complicated,” Detective Nick Amaro answers for all of us at home, “No, it isn’t.” When the starlet complains that her Twitter feed wants her to forgive Bryant, Detective Olivia Benson becomes the social media cop we often wish for: “Anyone who says that, you should block immediately.”

And when another member of the star-crossed couple’s entourage tells Ice-T (er, Detective Odafin Tutuola) that she’s “had enough with the wiggers and wannabes” in the music industry, we simply laugh because Law & Order is — minus Belzer’s blink-and-you-miss-it Jean-Luc Godard reference — a dumbly scripted show that’ll never aim anywhere but middle of the road in an attempt to hijack lazy attention spans everywhere. But, hey, at least “Funny Valentine” actually said something while the rest of us just kinda Jerri-Blank’d out: