Singer reportedly denies new ink is an homage to his ex 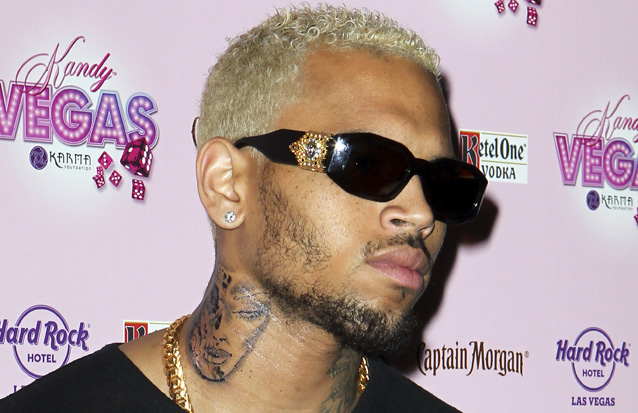 Chris Brown has a new neck tattoo that bears an overwhelming resemblance to the widely circulated police photo taken of Rihanna after he viciously assaulted her in 2009. TMZ says the singer insists that it is not “a bizarre homage” to the woman that he beat, but the fact that we can ask this at all — that Brown is wearing a mauled female rictus on his body like some kind of trophy — it’s enough.

Much ado was made about the two sharing a brief kiss at last week’s VMAs. Speculation abounded over what was most likely a polite gesture on Rihanna’s part. As gestures go, this latest one from Brown seems more like a call to arms. The tattoo’s chin and left eye seem tailor-made to mimic Rihanna’s bone structure and some of the illustrated wounds line up with the real ones Brown inflicted. 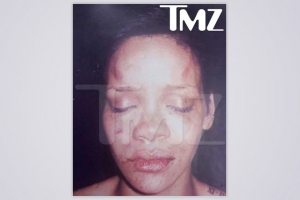 In her recent interview with Oprah, Rihanna said she forgives her ex-boyfriend for beating her after they attended Clive Davis’ annual pre-Grammy party in Los Angeles three years ago. “I thought I hated Chris, and I realized it was love that was tarnished and looked like hate. Because it was ugly, it was angry, it was inflamed, it was tainted. I realized what it was, was I had to forgive him because I cared about him still. And the minute I let go of that I started living again.” Could Brown have inked himself in an effort to “never forget” what he did?

UPDATE: Brown’s publicist released a statement to TMZ saying, “His tattoo is a sugar skull and a MAC cosmetics design he saw,” referring to images associated with the Mexican celebration of the Day of the Dead. “It is not Rihanna or an abused woman as erroneously reported.”

Perhaps it’s our fault that despite attending anger management, Brown is still engaging in troubling behavior and is now actively courting deplorability. He brutally beat up a beloved pop star and is now a more beloved pop star, perhaps because of it somehow. Evidenced by his chart-topping June album Fortune, society at large was willing to let the memory of what he did die and for that favor, he’s going to shove it in our faces for the rest of his time in the spotlight. Kudos to us all.