Here’s Adele Yelling at Chris Brown, Except No, She Didn’t 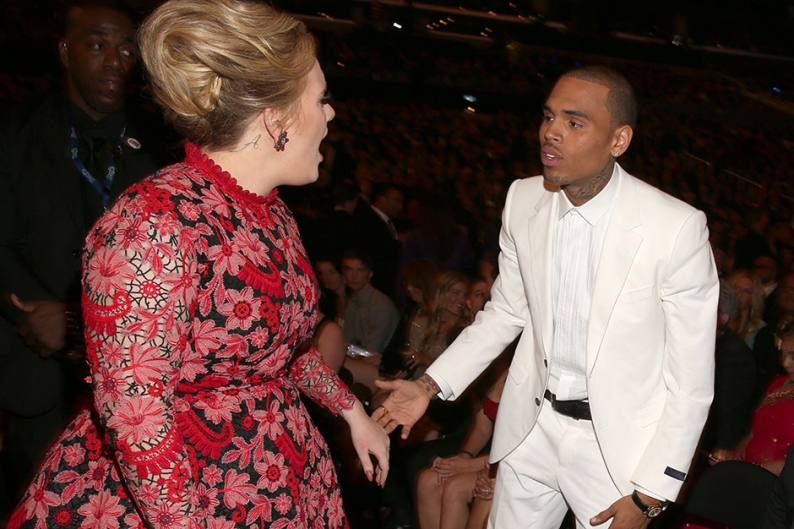 One could interpret the photo above thusly: an irate Adele chastising a befuddled SPIN Hall of Shamer Chris Brown for any of the myriad detestable things he’s done in the past four years. Yes, one could do that — as Vulture did — but unless one was actually there to witness the presumed exchange, that’d just be a lovely little bit of tempting transference. In fact, she could have just as easily been serenading him, or in the act of apologizing after stepping on his shoe, or they could have been acting out a scene from a favorite television show they have in common (Curb Your Enthusiasm?). Or, perhaps, their faces were just caught in odd expressions when the camera clicked at that particular angle while they were, oh-i-dunno-but-see-below-to-get-an-idea, getting ready to pose for a friendly photo together? As much as we’d all love to see Brown get taken to task by the living embodiment of light and strength and motherhood, that’s probably not what actually happened. A wild assumption does not a headline make. Nice try, though.

What was really awesome and awful at the Grammys? Why, we’ll tell you right here: Blunderbust: The 2013 Grammys’ Highs and Lows. 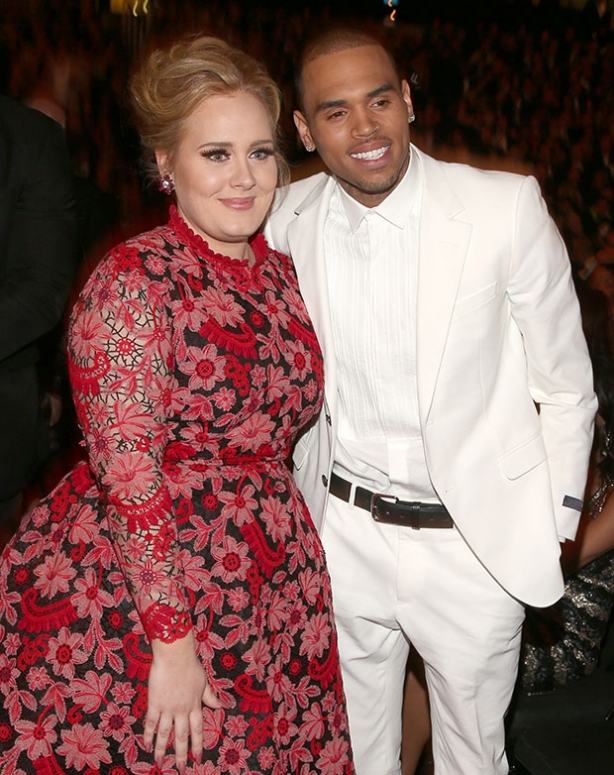