"All of that said I'm not a 'punctual' type of person" 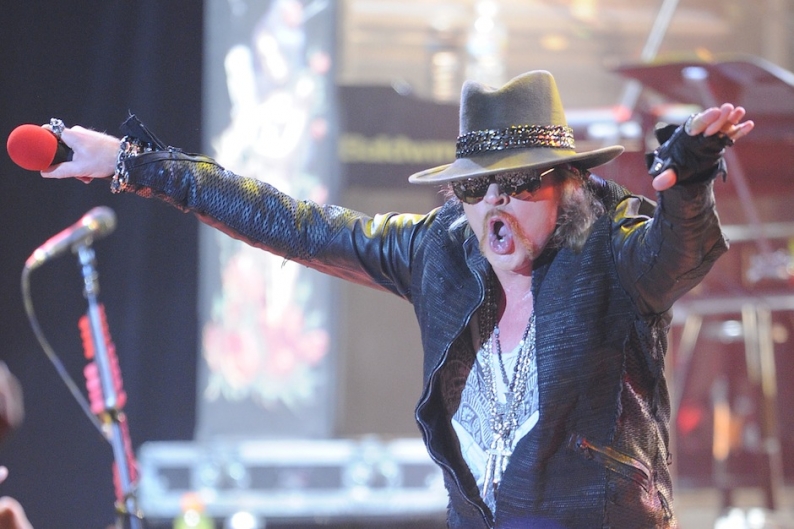 Axl Rose is famously late. How late is he? He lost a $20 million lawsuit last month because he didn’t file it soon enough. When Justin Bieber apologized for keeping London concertgoers waiting the other night, the go-to compare/contrast example was Guns N’ Roses. Rose is so late, in fact, his e-mail interview with Australia’s Adelaide Now starts with “Happy New Year!” and only showed up online yesterday. Okay, so that last part might not be his fault.

The e-mail format does give Rose a different way of airing his opinions, and at one point, he starts to explain his habitual tardiness. He does so in the form of a multiple-choice answer:

Answer #1: Do we really have to go there?

“Answer #3,” as you can probably guess, is verbose and complicated. Rose criticizes Slash. Rose criticizes GNR’s then-manager, Alan Niven. He criticizes the media. He criticizes the show bookers, former managers, and agents. And then: “All of that said, I’m not a ‘punctual’ type of person, never have been,” he writes. “I apologize to anyone I’ve inconvenienced or put out in any way … The reasons have all been in one way or another show-related or having to do with those involved with the show in some fashion.”

There’s a lot more to his answer than that, but you get the point. So for those who said, “Justin Bieber apologized for being late on stage? Would Axl Rose do that?” The answer is now official: “yes.”

Rose also shouted out the Black Keys, listing El Camino as his favorite album of last year, and offered a “definite maybe” when asked if GNR would release new music this year. When it comes to social media, he raised privacy concerns and said that businesses can use social media in ways that seem “a bit Orwellian.” And he dismissed the idea of reuniting GNR’s Slash-era lineup. “Life’s too short,” he wrote. If you don’t show up late once in a while, you could miss it.