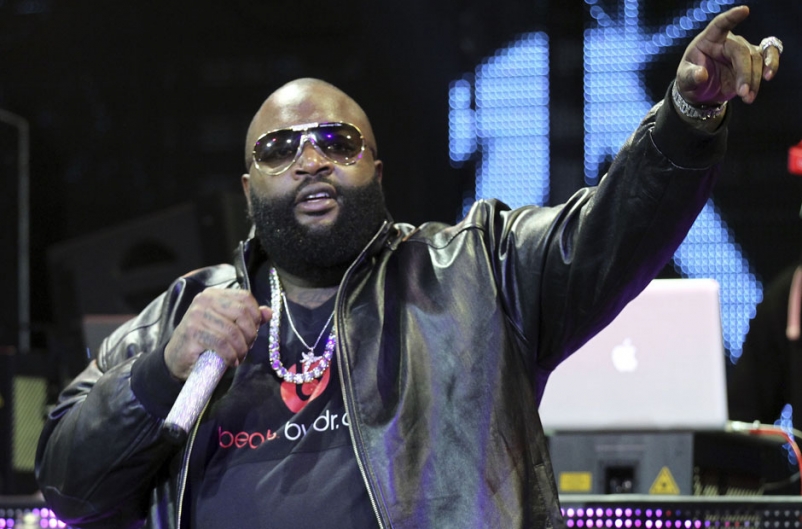 Rick Ross’ 37th birthday is off to a terrible start today after the rapper crashed his Rolls Royce in Fort Lauderdale, Florida early this morning in an attempt to avoid at least 20 rounds of gunfire. According to South Florida’s NBC 6, both Ross and another female passenger were uninjured in the crash, and while no bullets managed to hit Ross’ vehicle, nearby buildings were struck.

The assailants fled the scene before police arrived and are still at large. An investigation is underway and authorities have not yet named a motive, but the shooting may stem from the rapper’s ongoing troubles with the Gangster Disciples, a nationwide gang that has essentially put a hit out on Ross until he “cuts a check” to the group.

In December, Maybach Music halted its tour in North Carolina amid rumors of threats from the Crips-allied Disciples. Ross later said the cancelation was the fault of the Greensboro venue’s promoter, and that the GD’s attempts to get money from him boils down to “extortion.” The disagreement started when Ross mentioned their founder Larry Hoover in his 2010 hit “B.M.F.,” and the situation was exacerbated when Rozay used the Jewish star — a symbol previously adopted by the GDs — on the cover his Black Bar Mitzvah mixtape last year. (Much, if not all, of Ross’ drug kingpin persona is fictional.) In a Gangster Disciples video released late last year, members don a shirt with the letters MBK: Maybach Killer.

Rozay also just dropped the first single from his upcoming Mastermind album, and apropos of everything above, it’s a ticking trap menace called “Box Chevy.” D-Rich produces. Stream it below.