When Miami’s Ultra Music Festival announced in October that its 2013 edition would take place over two consecutive weekends in March, it was greeted as a sign of electronic dance music’s explosive growth — and even, perhaps, an indication that dance music has gained the upper hand over indie and alt-rock in the festival game. One-upping Coachella’s re-run model (in which identical lineups are repeated across two weekends), Ultra promised the audacious proposal of six full days of programming comprising “two separate and distinct highly unique experiences for our attendees.” Now, however, their gambit may be in jeopardy. Today, the Miami City Commission will vote on a resolution “affirmatively opposing the second weekend of the Ultra Music Festival in Bayfront Park.”

The resolution, which goes up for a vote late this afternoon, was proposed by Commissioner Marc Sarnoff, whose district (District 2) includes downtown Miami’s Bayfront Park, where Ultra is to be held. The text of the resolution contends that the event “will be disruptive to the local business community and area residents due to noise, nuisance behavior by festival goers, and grid locked traffic” and that “one weekend of disruption may be tolerable to residents and the business community, but two (2) consecutive weekends will cause disruptions in work in local offices and create difficulty in accessing residential buildings.” It concludes, “WHEREAS, the Miami City Commission affirmatively disapproves of the proposed second weekend of the Ultra Music Festival in Bayfront Park,” the City Commission “hereby divests the Bayfront Park Management Trust of the power to allow a second weekend of Ultra Music Festival on that date.”

Does that mean that the city could preemptively shut down Ultra’s second weekend? According to a spokesman for Commissioner Sarnoff, it does. In an e-mail, the staffer explained, “Bayfront Park, where ULTRA will be held, is a city park but it’s unique in that it’s run by a trust with a board of directors. ULTRA came to an agreement with the trust back in Oct. that included a second weekend of the festival, and they began selling tickets based on that agreement (you’ll need to confirm that with the folks at ULTRA but that’s my understanding of why they started selling the second weekend). The promoters of ULTRA then met with the commissioner and presented their plans. At that meeting in mid-Nov. the commissioner told the promoters that he did not agree with the additional weekend of the festival, for all the stated reasons. ULTRA kept selling tickets. It is the commissioner’s contention, based on city ordinance, that the commission can ‘disapprove’ any motion made by the Bayfront Park Trust.”

Representatives from Ultra did not respond to SPIN’s request for comment, but in a letter sent to city commissioners, Miami New Times reports, organizers detailed their efforts to minimize the festival’s impact on local businesses and the residential community. Those measures include hiring engineers to facilitate traffic in the downtown area and budgeting nearly $600,000 for off-duty police and fire personnel to provide security; festival organizers even agreed to cover the cost of picking up trash within a five-block radius of Bayfront Park. 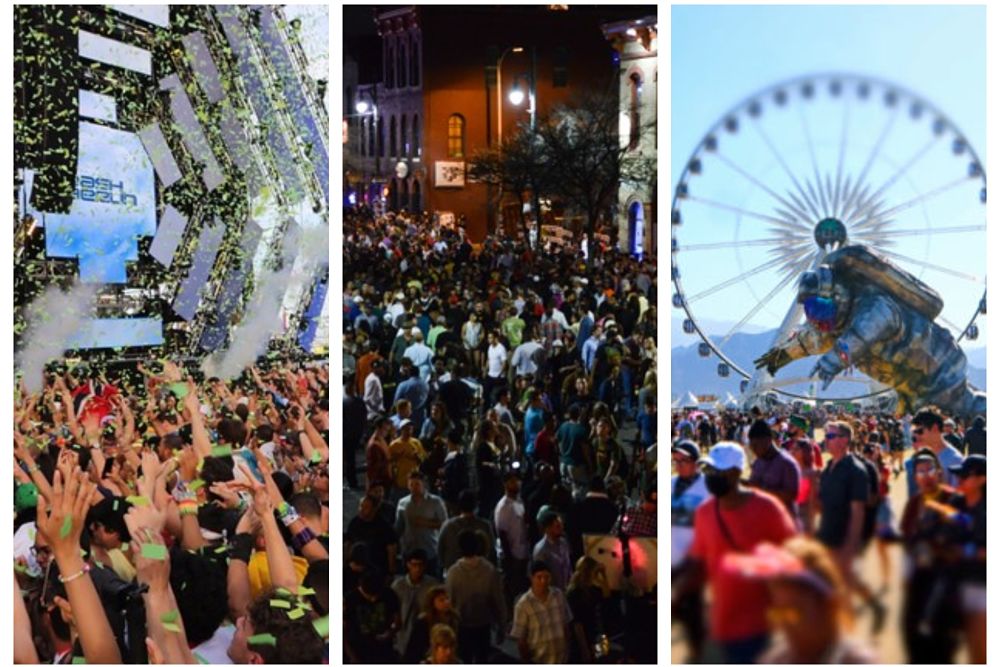 The resolution has set off a firestorm of protest from artists and fans. The Chicago DJ Tommie Sunshine hit Twitter to slam Sarnoff, who, Miami New Times reports, alleged in a city meeting that “about 70 to 80 percent of these kids are on some sort of mind-altering drug.”

“I believe you are mislead in your findings about who attends @ultramusic,” wrote Sunshine, who charged Sarnoff with hypocrisy given Miami’s “24 hour liquor laws,” “DUI#’s,” and “cocaine sales.” (While Florida’s state law prohibits the sale of liquor between the hours of 3 a.m. and 7 a.m., Miami-Dade County law, which overrides it, allows for round-the-clock sales of alcohol. Cocaine remains illegal, of course.)

A petition hosted on Change.org calls for Commissioner Sarnoff to withdraw his proposed resolution “and issue a public apology for unfairly profiling fans of electronic music as “nuisance[s]”, and for damaging the business of Ultra Music Festival by casting doubt upon the integrity of their event.” As of this morning, it had gathered more than 8,000 signatures. Even Trainspotting author Irvine Welsh came to Ultra’s defense, writing on Twitter, “I’m very disappointed in Miami, I was at Ultra last year and it breathed life into a dead downtown.”

But Sarnoff’s statements in a City Commission meeting made it clear that he’s worried less about breathing life into the city than other, less savory, biological functions: “I happen to have an office in the Miami Center. We average about 30 people a day either urinating, defecating, or throwing up in our building, in the traffic garage. It’s all captured on video. If you want to see it, we have it for you.”

In the meeting, Sarnoff admonished Ultra’s organizers and any commissioners who take their side: “You’ve been very, very lucky. You put two of these weekends together in a row; I don’t think you’re going to be so lucky, but that’s for each Commissioner’s conscience. If money’s that important to you” — presumably, the $79 million in indirect spending that Ultra Music Festival brought to the county in 2012, according to a Washington Economics Group study published in the Miami Herald — “you’ll vote the way you’re going to vote. “

The Miami City Commission will vote on the resolution today at 6 p.m.; civil libertarians, armchair ravers, and interested NIMBYs can stream the proceedings in real time on the city’s official website by clicking on “Miami Channel 77” in the left-hand column.