New Order’s Delayed ‘Lost Sirens’ Collection Due Out in November

The seven-song set of outtakes from 2005's 'Waiting for the Sirens' Call' was originally scheduled for release last December. 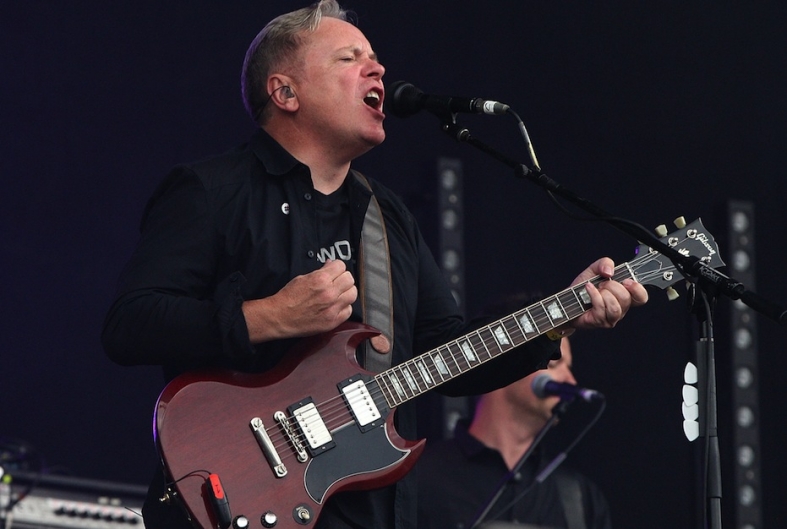 New Order played their first U.S. show in seven years on Friday night, albeit without founding bassist Peter Hook. SPIN contributor Daniel Kreps, who was there, said the set “sounded great,” with each song “perfectly manicured and perfectly timed to its visual companion on the video screen.” Speaking of perfectly timed: According to Rolling Stone, the synth-pop pioneers will release a seven-song outtake collection, The Lost Sirens, this very next month.

The exact release date is unclear, but The Lost Sirens will reportedly consist of material recorded during the making of 2005’s Waiting for the Sirens’ Call. Slicing Up Eyeballs notes that the compilation was originally scheduled to come out last December as a CD-and-vinyl package but had been delayed. One track initially scheduled for the release, “Hellbent,” surfaced on 2011’s Total: From Joy Division to New Order comp.

New Order also might tour North and South America in 2013. Frontman Bernard Sumner told Rolling Stone: “The whole year, even though we’ve done a load of gigs, has been a bit of an expedition, really, to see what we can manage. But I think it’s been the best year of music for us ever.”