Lead charge of Parlophone bands uneasy about the label's sale 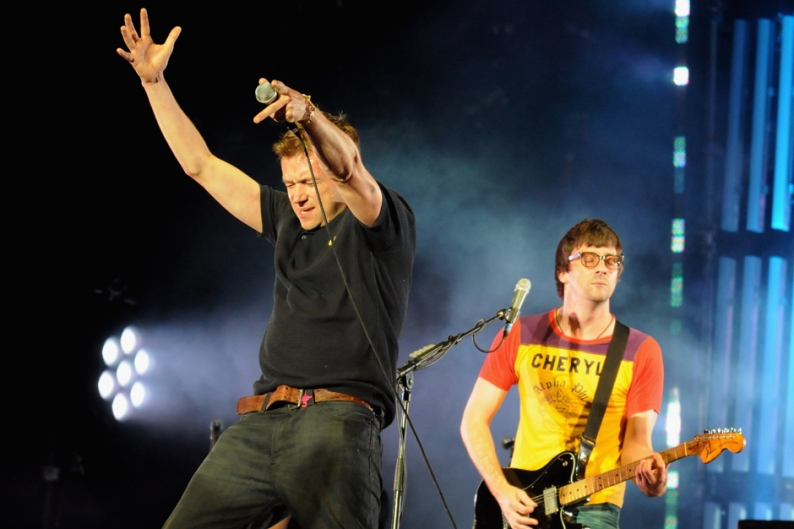 Blur are leading the charge of Parlophone-signed artists threatening to withhold future albums if the forced sale of their label goes to an unkind suitor. The British imprint is one of many currently owned by EMI, the massive music company being absorbed by one of the other three remaining massive music companies, Universal Music Group.

In order for the $1.9 billion merger to meet trade commission standards, EMI has to sell off a third of its assets. Parlophone is on the market and, according to The Independent, being considered by Sony, Warner, and BMG. The label’s current roster includes Coldplay, Kylie Minogue, Gorillaz, Tinie Tempah, and Bat for Lashes, among others.

And yet, as Blur drummer Dave Rowntree told the paper, “Artists are the only people currently being left out of the conversation, which is unfortunate. If the staff at the label are unhappy with the new arrangements they are free to leave, but the artists are not.”

So in order to make the potential parent company keep their assets’ interests in mind, Rowntree, who is a lawyer, has teamed up with the Music Managers Forum and Featured Artists Coalition, advocacy organizations “looking to engage with Parlophone to see [they] we can help.”

“We are holding discussions with potential bidders,” said MMF executive Jon Webster. “We want them to understand that the future of the record business is about genuine partnership with artists and that works best when their views are involved and they are not just traded as assets. But financiers often just say, ‘What are you talking about?'” Here’s hoping they wise up.