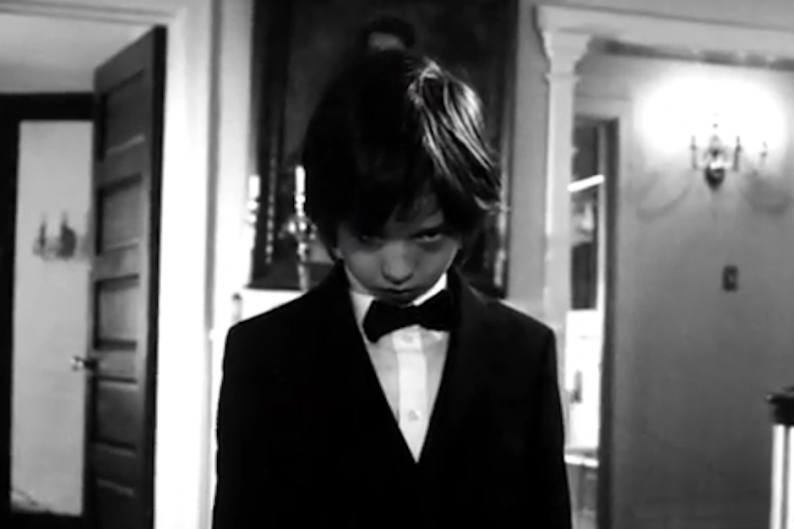 “Love” appears in two of the song titles from the Walkmen’s latest album, Heaven. Unless iTunes deceives, none of the song titles from the band’s half-dozen previous studio albums used that word. Such an unembarrassed grab at pop-standard normalcy is what can, as Camille Dodoro sagely observes in her review, occasionally make Heaven feel a bit too much like a lifestyle brand. But that’s also what gives it tension; after years of being up-and-comers and almost-weres, the Walkmen are ditching a bit of their cool reserve to avoid becoming has-beens.

That said, “The Love You Love” is one of the new Walkmen album’s most vital songs partly because it isn’t about love, at least not in normal, pop-standard terms. It’s about being in love with love, a confusion anyone who’s ever had a crush can probably understand. But although it’s howling Hamilton Leithauser who points out this ain’t love, he remains coyly ambiguous about whether he’s accepting the infatuation. “What it is and what it should be,” he fumes at his most full-throated, “Baby I want everything.” The rat has left the subway and moved to the suburbs.

As if to acknowledge that you usually can’t have everything — the loving family and the in-love-with-love paramour, the quiet days and the rock’n’roll nights, domestic tranquility and hedonistic abandon — the song’s video takes a supernatural tack. Directed by Sean Pecknold, brother of Fleet Foxes’ Robin Pecknold, the clip adds a languidly bluesy, minute-plus instrumental intro, during which we see household objects floating in black-and-white. Then the view expands to show a tuxedo-wearing boy with psychic powers, played by guitarist Paul Maroon’s son Otis, conducting telekinesis in front of a television. Performing on the screen is Leithauser himself. Dishes shatter, glassware cats (cats are a particular interest of Pecknold’s) levitate, a neighbor girl pays a visit in the yard.

Is it the house that’s haunted, or is it the inhabitants? The song would suggest the former.