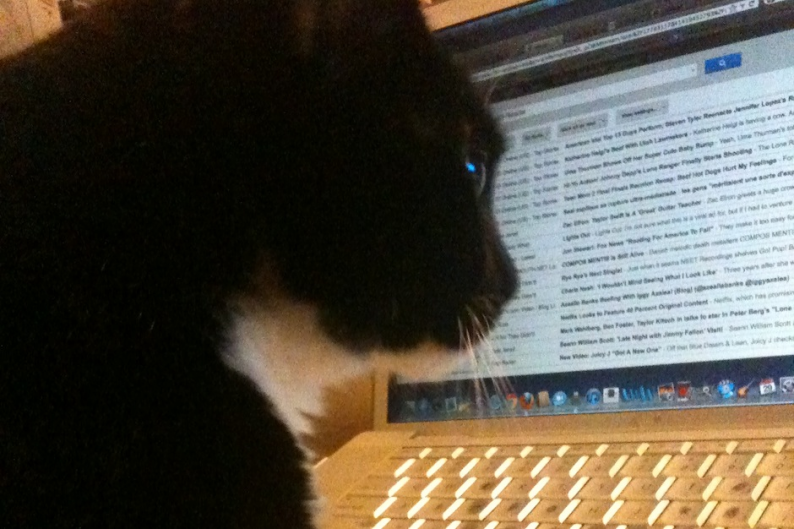 If you weren’t planning on having your mind blown right before you head out of the office/school/apartment today, you should probably move on past this story. If you’re into it, though, Fleet Foxes’ Robin Pecknold has posted, via Fleet Foxes’ Facebook page (per Pitchfork), the link to his brother Sean Pecknold’s Kickstarter page for his forthcoming film… about existentialism, LOLCats, and God. The flick’s title is as buzzword-packed as possible: The Internet – A Blog Cats WTF Universe, because obviously.

“This is a story of a man’s hopeless quest for truth among the cats,” the project’s description reads. The protagonist, “one of the best LOLCat caption writers in the world,” seeks to answer the biggest (and vaguest) questions in life — “Why are we here?,” “What is God?,” and “What is the impact of technology on our minds and souls?” — with a video blog. The actual filmmaking process is supposed to be the centerpiece here, however: “This project came about as an experiment in filmmaking using restrictions as a driving force in the creative process. The idea was to make a micro-budget project on the road using only the means available through the internet. The actors, crew, and interior locations were all found on Craigslist and Airbnb. The story had been talked about before but was mostly written in a bar in Berlin over a 3 day period.”

The Pecknolds and partner Matt Daniels hope fans will give them $15,000 to pay both Robin for his composition work and a 3D animator for the movie’s “epic animated God creature.” In exchange for cash pledged, fans can get a framed photo, the meaning of life written on a hand-written document (that, we hope, doesn’t just say “42” on it), or even a dance party. If you’re feeling really generous (to the tune of 5 grand), you can even buy friendship hang out with the Pecknolds the next time they want to make a movie (and be in it!).

Considering Robin’s been having sort of a rough time of late — following a crushing breakup earlier this year, he uploaded (then removed) a heartbreaking demo about his ex and has been posting many a comforts-of-home-and-nature-and-solitude Instagram photo ever since — this seems like a cathartic new project for the frontman. The music in the trailer alone is dreamy, Fleet Foxy, and wonderful all around: