Hear No Doubt’s First Original Song In 11 Years: ‘Settle Down’

Video premieres tonight; 'Push and Shove' is due September 25 via Interscope 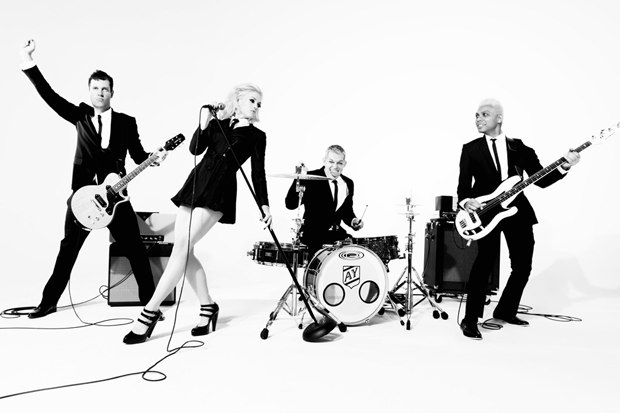 Despite all Twitpic evidence to the contrary, No Doubt’s seven months in the studio included at least a little time actually making music. On the basis of bouncy six-minute “Settle Down,” the advance single from the genre-crossing pop vets’ first album in 11 years, Push and Shove (due September 25 via Interscope), the time has been ambitiously and creatively spent. The trucker-friendly video for the group’s first single since 2003 Talk Talk cover “It’s My Life” is set to premiere tonight on E! at 8 p.m., but you can stream the music now on No Doubt’s website, where you can also buy the digital single. As promised, the song features horns and a lilting reggae feel, but there’s also a bombastic orchestral intro, a dubby near-instrumental outro, and, in between, plenty of sunshine-plated Gwen Stefani hooks. “I’m a ruff and tuff / And nothin’s gonna knock this girl down,” she repeats in a particularly memorable moment. It’d be a fitting accompaniment to anything off of Santigold’s SPIN Essentials-stamped Master of My Make-Believe. Bring your own sentry-like backup dancers.

Listen on No Doubt’s site or via the auto-playing Perez Hilton (yes, again) embed here: