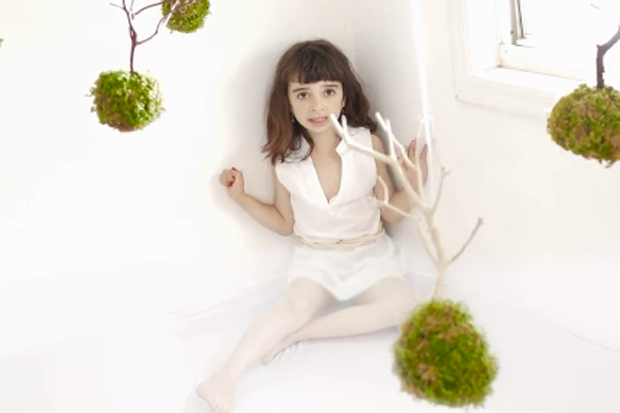 Dream-pop duo School of Seven Bells recently asked filmmakers from around the world to submit their own videos, via the site Genero.tv, for the song “The Night,” which comes off their latest album, Ghostory. The winning video, submitted by Allie Aviatal Tsypin, features a girl who looks a lot like Seven Bells singer Alejandra Deheza mugging, singing and playing on train tracks. There’s even a few shots where the girl is casting spells, which likely appealed to Deheza, who recently told us about her interest in mysticism and tarot.

“This video really stood out for us in a big way,” the band said in a statement. “Not only is the resemblance incredible, the emotion in this girl’s face is beyond her years and her performance nearly had us both in tears the first time we watched it together. I’m not sure I’ll hear ‘The Night’ again without imagining this girl either dancing her heart out, tormented and trapped in a corner, or casting a dark spell over whoever left her there alone. It’s exactly what this song is meant to look like.”

Check out the winning video, and see the runners up here.

Review: School of Seven Bells’ Legacy Is Greater Than Its Finale ‘SVIIB’