My Obsessions: School of Seven Bells

Full of ethereal vocal hooks and gorgeously woozy guitar soundscapes, the music of Brooklyn duo School of Seven Bells feels more dreamed than composed. To help achieve that feeling, on the upcoming Ghostory — or on her and guitarist bandmate Benjamin Curtis’s two prior albums — vocalist-keyboardist Alejandra Deheza relies on her trusty tarot cards. “I love those cards,” explains Deheza. “They’re such a great platform for inspiration and for kickstarting the creative process. I’ve been into them for a couple years. I have a friend who reads Tarot, and she got me interested in them, but I focus more on the images and interpreting them in my own way rather than on trying to tell the future or anything like that.”

For Deheza, the feeling is the thing. “There’s so many different ways that an image of a sword or a particular color can be represented and then how it makes you feel. It’s so interesting. I use the cards like a Rorschach test to try and determine my mood about certain things. Like, a lot of times I don’t even know that I’m in a dark place about something until I see an image on a Tarot card and read darkness into it. It can be really clarifying and helpful to try and interpret my thoughts and feelings like that — paying attention to my immediate reactions. I use them a lot for writing too. I’ll pull a card and start writing based on the feeling the card evokes.”

Deheza shared photos of some of her favorite cards — she owns about a half-dozen decks — and told us why they mean so much to her. 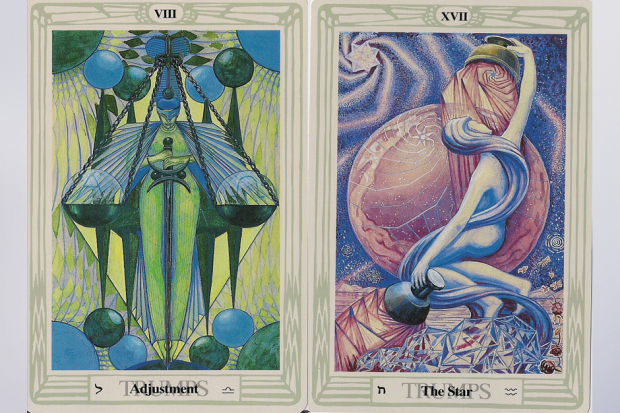 “Both of these — Adjustment and the Star — are from the Thoth deck. It’s my favorite deck. It was designed by [English occultists] Aleister Crowley and Lady Frieda Harris. In fact, if I were to narrow my obsession down even more, it would just include this deck. To me, the stories in these cards are about trusting your instincts and your intuition. They’re about trusting that light that you’re born with, and having a super-active hand in your own path. Adjustment balances her reality deliberately, whereas the Star balances with her spirit. She feels it. These ladies own it.” 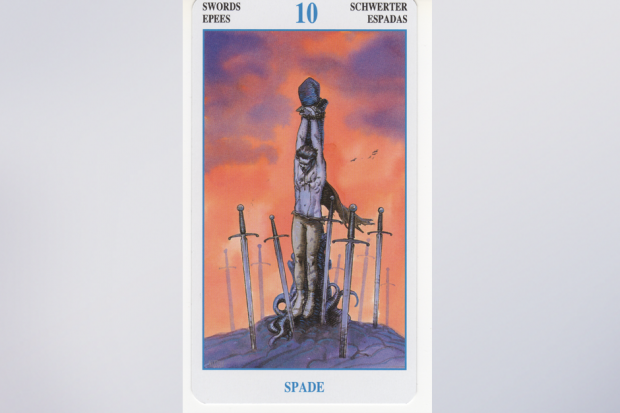 “This Ten of Swords is from the Secret Tarot by [Italian artist] Marco Nizzoli. Aside from the fact that the colors in this are completely killer, they also remind me of a sunset. This dude seems to be in a pretty bad situation, but the sky signals the end of it. The story in this card, to me, is about seeing the truth about a bad situation in hindsight — not being afraid to call it what it was and realizing your role in it. In Ghostory, it definitely reminds me of the song ‘Low Times.’ It’s about the end of a cycle that screams for a rebirth, and taking the reins back.” 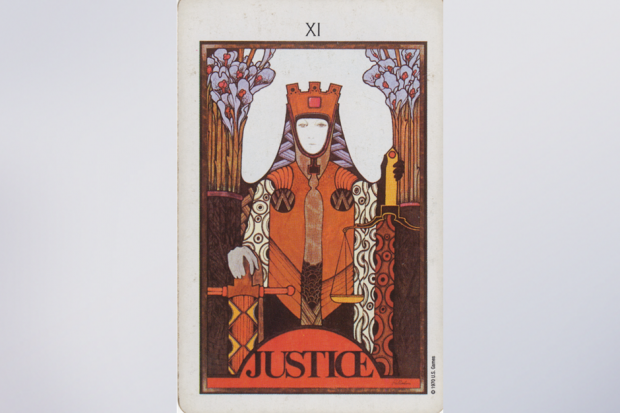 “This Justice card is from the first deck I ever owned, the Aquarian deck by [American illustrator] David Palladini. This card is [Ghostory] song seven all the way, ‘Scavenger.’ There’s a lot of calling out in this song. She’s setting that shit straight. This card is all about uncompromising honesty with yourself as well as the situation. You owe yourself that much. The truth will set you free. Girl is facing it.” 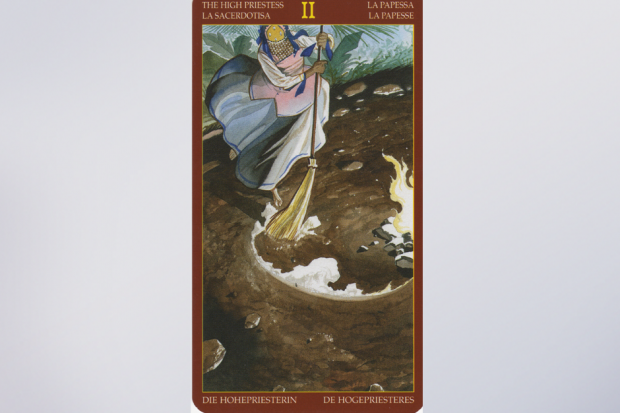 “The High Priestess here is from the Afro-Brazilian Tarot. This deck is crazy interesting. The images are all taken from the stories of gods and goddesses in Santeria. I chose it for the sheer awesomeness of the image. I mean, c’mon. This picture reminds me of a song towards the end of the album called ‘White Wind.’ In this song, [the character] Lafaye is talking about this guiding spirit inside her that she can’t ignore no matter how hard she tries, and it’s gonna wreak havoc until she pays attention. It gets pretty serious.” 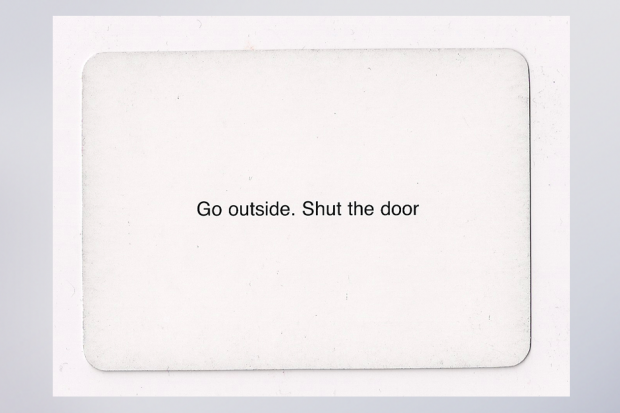 “This card isn’t from a tarot deck, but I wanted to include it anyway. This is one of my favorites from the Oblique Strategies deck created by Brian Eno and Peter Schmidt. I’m so curious about what phrases like this mean to different people. Like with Tarot, I think only you know what these cards mean to you. You know better than anyone else. I think of ‘When You Sing,’ the last song on Ghostory. It’s the beginning after an end.”

My Obsessions, School of Seven Bells