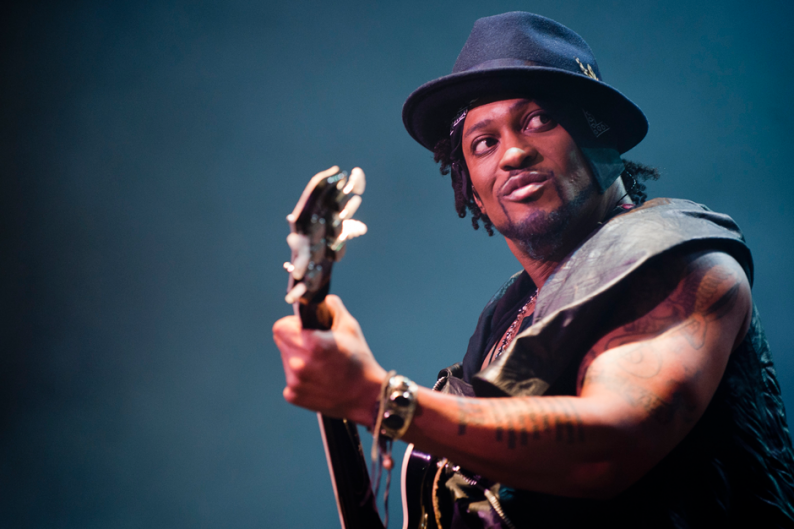 Rejoice, world, for D’Angelo has been doing even more than tossing back seafood and smoothies in the studio in the few months since he reappeared after 12 years in Stockholm in January. He’s been preparing his live U.S. comeback — the ephemeral neo-soul bad boy will reemerge from the shadows in America for the first time in ten years in New Orleans on July 6 at Essence Music Festival, according to the festival’s website (via Billboard.biz). Essence, which runs July 6-8 at venues throughout the city, over 422,000 attendees last year, when the headliners included Kanye West, Mary J. Blige, and Jill Scott.

The announcement is a symbolic getting-back-on-the-horse move for D’Angelo, who wrapped up that 2010 prostitution case, in which he pleaded guilty to disorderly conduct, last month. In all likelihood, fans down in New Orleans can anticipate hearing any number of the more than 50 tracks D’Angelo’s producer, Russell Elvado, has said he’s cut since 2001, when he wrapped up the tour for his 2000 effort Voodoo, in addition to possible cameos, if Elvado’s confirmations are anything to go by, from Q-Tip and/or Fred Wesley of the J.B., who have been in to collaborate on the record, and maybe, D’s cover of Soundgarden’s “Black Hole Sun.”

If you haven’t yet, reading our breakdown of what the hell happened to warrant D’Angelo’s decade-long break is highly recommended. You know, for clarity.