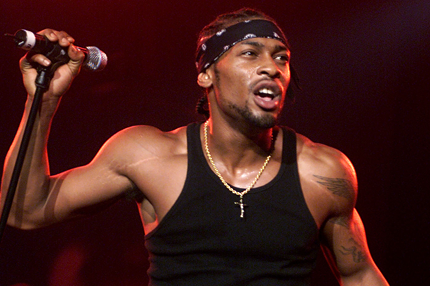 There’s another sign that D’Angelo’s comeback attempt may be legit this time — his previously unreleased reworking of Soundgarden’s “Black Hole Sun” has surfaced online. Credited to the neo-soul singer and said to be recorded in 2010, the newly uncovered track interpolates the hook from Chris Cornelland Co.’s 1994 Superunknown hit into a high-flying, R&B-tilted setting, with fiery tinges of Jimi Hendrix.

The recording emerges (via Consequence of Sound and Head Nodz) as D’Angelo gets set to kick off a short European tour on January 26 in Stockholm. The Roots’ ?uestlove has said D’Angelo’s first album since 2000’s classic Voodoo is “pretty much 97 percent done.”

Listen while reading our 2008 feature “D’Angelo: What the Hell Happened?”