The rapper told a U.K. TV host she's considering a return to 140-character updates, though 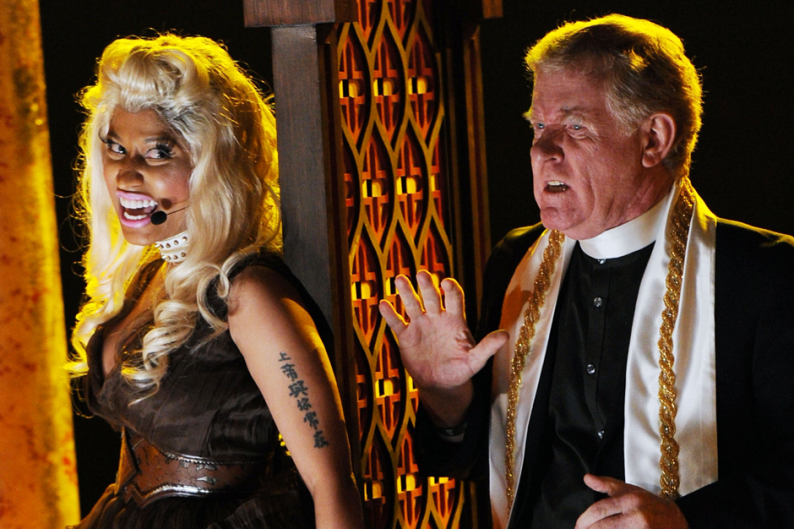 Not even a week has passed since a furious Nicki Minaj deleted her Twitter, but the MC has admitted she’s considering reviving the account, which had 11 million followers when she yanked it. In an interview on British chat program The Graham Norton Show (via Rap-Up), a green-wigged Minaj, who was far more animated than she was on Nightline, had a simple explanation for why she ditched the micro-blogging service — “A voice in my head told me to delete my Twitter and that’s what I did.” She added that she hopes her followers will wait for her, because she’s “thinking about” returning. “I miss my Barbz,” she said. “Please bear with me.”

In 2010, a few stars, including Lady Gaga and Justin Timberlake, shut down their online presences as part of Alicia Keys’ “Digital Death” campaign for World AIDS Day (fans had to “bring them back to life”). But aside from John Mayer, who vacated tweeting and blogging after his big mouth got him into big trouble, it’s hard to think of a musician who willingly abandoned such a powerful promotional tool. A voice in Nicki’s head (Roman’s?) may have encouraged her to make this move, but we have to imagine a chorus of other voices (her management/record company/publicists/accountant) are nudging her back the other way.