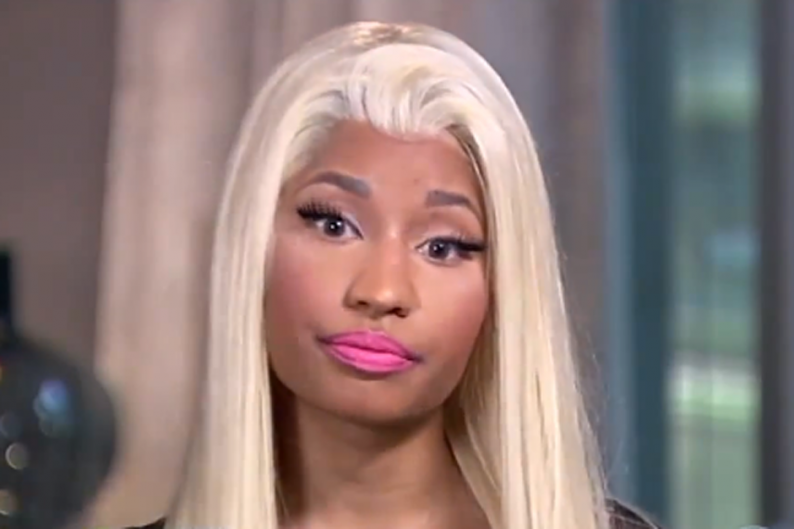 In a seven-minute segment on ABC’s Nightline last night, Minaj gave interviewer Juju Chang the chance to play concerned parent, therapist, and cool kid as she chatted about “the F bomb,” her nip-slip last summer on Good Morning America, and balancing her explicit-yet-empowering lyrics with the responsibility of having pint-sized fans (see: the “Super Bass” princesses). She opened up about an childhood, comparisons to the equally plasticky Lady Gaga, and performing with Madonna, all while sitting casually, hands folded neatly, in a fishnet and bondage-style top.

The Nightline appearance is the latest in Minaj’s Pink Friday: Roman Reloaded push, including the release of her “Beez in the Trap” video and a surprise three-song set in Times Square. Watch below (via Mr. World Premiere) as she makes nice with her family-friendly audience (without, of course, compromising on the fishnets):