Somebody ordered a dubstep producer, possibly while high 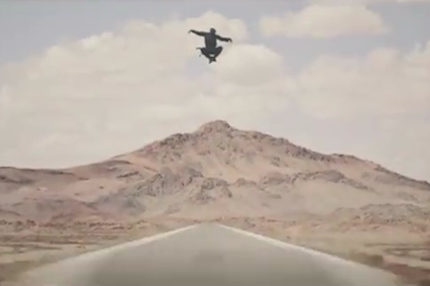 What a difference a month has made for Cypress Hill’s collaboration with Rusko. When our exclusive first taste of the perpetually lit California hip-hop trailblazers’ team-up with the dubstep wizard arrived in late January, electronic dance music’s recent Grammy takeover was still just a glimmer in some Recording Academy bureaucrat’s eye. Now “Roll It, Light It,” from the stoner-wobble combo’s upcoming Cypress Hill X Rusko EP (set for an April release), looks like a thoroughly baked forefather to the Grammys’ painfully undercooked David Guetta-Foo Fighters-Deadmau5 bro-off. Who’s winking now, ‘Mau5 man?

Actually, to judge from the new “Roll It, Light It” video (first posted by Rolling Stone), any perceived winking from the Cypress camp is just as likely to be the unintentional drooping of faded eyelids over red-rimmed corneas. Shaky hand-held footage pairs with wildly expensive-looking sci-fi imagery like the blunt-waving rhymes go with Rusko’s of-the-moment wubba wubba sub-bass. Middle fingers! Bridges collapsing! Dude, could anybody else go for a burrito? Or maybe pizza. Do we have any Milano cookies in the house?