'Cassette: A Documentary Film' set to document the resurgence of tape culture 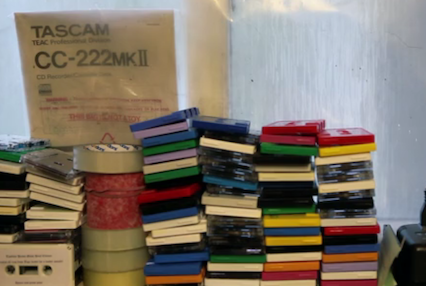 A pair of aspiring filmmakers are currently scrambling to raise $25,000 on Kickstarter to fund Cassette: A Documentary, a chronicle of the “quiet comeback” of the boombox staple.

Sure, the term “cassette tape” was recently wiped from the Oxford English Dictionary and those fickle little things are pretty clunky when compared to the Zune or whatever (hey, maybe the resurgence will also bring back the pencil!); but, the pair argue in a short video on their site, that the mix of nostalgia, portability, and accessibility has endeared tapes to a new generation.

Zach Taylor, a U.K-based cinematographer and NYC photographer Seth Smoot, have already managed to score interviews with musicians and industry players (including a look at the heavily pierced dude who runs curated cult label the Tapeworm) and have clearly won over former Pedro the Lion frontman David Bazan and Brooklyn’s the Crocodiles, both of whom offered up songs for the trailer.

With some extra dough, the duo plan to hop over to Zimbabwe to investigate the current cassette culture boom in that country. They write, “We’ll look at all parts of popular culture influenced by the cassette, including hip-hop and b-boy culture, indie rock, home recording and beyond.”

To toss a few dollars into their hat, visit their Kickstarter.