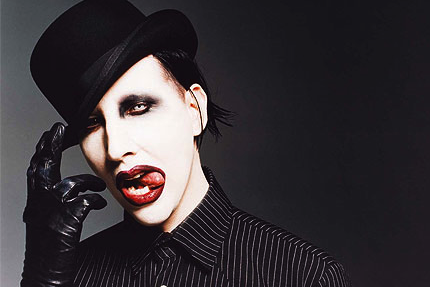 Manson took a few years off from being creepy, but returned in full force this past September with a new video for “Born Villain” directed by the partially creepy Shia LaBoeuf in which Manson poked a hole in a woman’s cheek (NSTW, BTW).

A note on the study’s methodology: E-Poll asked 1,100 people to rank celebrities from one to 100 on 46 attributes, where low scores indicated the stars were disliked or seen as negative. Evidently douchebag was not on the list.