Watch the actor's video for the Marilyn Manson's new clip for "Born Villain." 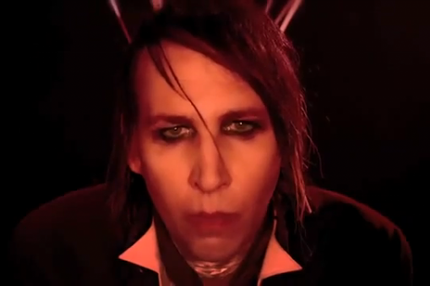 He’s back — and sicker than ever. Marilyn Manson has returned with new music and a video for a track titled “Born Villain” — and the clip proves the shock-rocker has not lost his ability to freak fans out. Watch the very-not-safe-for-work clip below.

Directed by actor Shia LaBeouf, Manson has crafted a nightmarish clip inspired by Shakespeare’s Macbeth and the video features the goth-rocker engaging in all sorts of torture. Warning: the 4:17 mark, where Manson pokes a needle into a woman’s cheek, might be the sickest thing ever captured in a music video. And the execution at the end is just plain terrifying.

LaBeouf explained that the surprising collaboration came about when he showed Manson a video he directed for Kid Cudi collaborator Cage. “I played ‘Maniac’ for [Manson], and he freaked the fuck out,” LaBeouf told MTV. “Manson goes crazy. Manson’s like, ‘I want you to do my video.'”

The duo are scheduled to appear at a Los Angeles, CA book signing and screening tonight. More info is available here.