The smoky-voiced UK singer's chart-topping breakup ballad "Someone Like You" gets a similarly wrenching, understated video. ?? 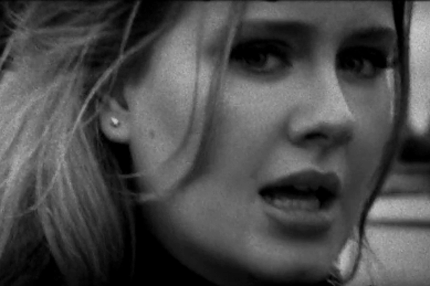 Adele has posted the video for “Someone Like You,” the chart-topping piano ballad from the U.K. soul-pop queen’s 2010 album 21. Watch it here. (via Consequence of Sound)

In the clip, Adele solemnly strolls the streets of a bleak & white Paris. The singer looks to the camera now and then, lip-syncing like a woman on the verge of tears, as director Jake Nava — who has worked with Kanye West, Alicia Keys, Britney Spears, and other pop stars – mostly allows the lonesome, dreary scene to speak for itself. “The location evokes style and romance,” Nava told MTV News. “And shooting early in the morning allows you to focus on Adele in this lonely and emotional space.”

“Someone Like You” topped the Billboard Hot 100 not long after the singer’s performance of it at this summer’s MTV Video Music Awards. Broken-hearted but unbroken, Adele promises, “I’ll find someone like you.”

Check out Adele’s performance of “Someone Like You” earlier this year on Jimmy Kimmel.