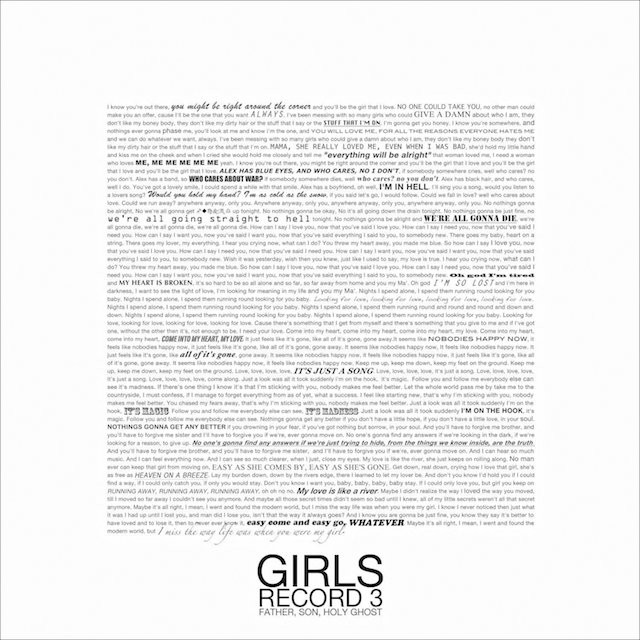 As a term of endearment, “Honey Bunny” has a tragic flaw — anyone who’d seriously employ such a line is most likely insane. From Bugs Bunny’s schizo wife to Pulp Fiction’s coffee-shop stick-up to the demented Liquid Television cartoon to Vincent Gallo’s icky song/video, proceed with extreme caution. So what of Girls’ “Honey Bunny,” the rockabilly-surf shimmy that leads off the second album by these Bay Area enigmas? When frontman Christopher Owens coos, “I need a woman who loves me me me me me, yeah,” is he pathologically coy or irresistibly, sweetly wounded? With his foreboding backstory (raised in Children of God cult) and juxtaposition of transgressive imagery with timeless, if lo-fi, pop-rock classicism, the waifish Owens has inspired obsessive speculation. Now, after 2009’s well-received Album, he elevates his ambitions — to the trinity! And with Father, Son, Holy Ghost’s exquisite, beyond-indie melodies, arrangements, and musicianship (the playful “Magic,” the elegant “Just a Song,” the fiery “Die“), he and bassist-producer JR White flirt with perfection.