Get a sneak peek of the L.A. punk icons' upcoming appearance on Guitar Center Sessions. 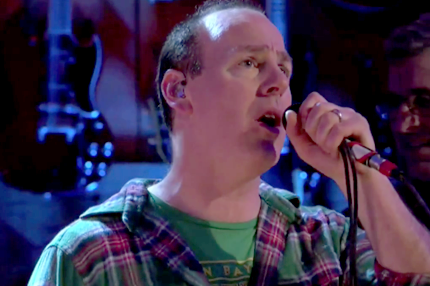 For over 30 years, L.A. punks Bad Religion have been pacesetters and influencers for hundreds of bands who rock heavy — a legacy SPIN celebrated last year with Germs of Perfection, our Bad Religion tribute album. Now, the iconic band is performing on the next episode of Guitar Center Sessions, airing on DirecTV. Get a sneak peek with their performance of “Generator” here.

The cut, off their 1992 album of the same name, still sizzles, with Greg Graffin’s raspy, signature croon leading the way, underpinned by blazing guitar solos from Brett Gurewitz, who also happens to be the founder of Epitaph Records, the band’s longtime label.

The episode — which also includes an interview with veteran music man Nic Harcourt — airs June 25 at 10 P.M. EST/PST on DirecTV’s Audience Network (channel 239), and also in 3-D on their n3D channel. For another preview track from the show, visit Guitar Center’s site.