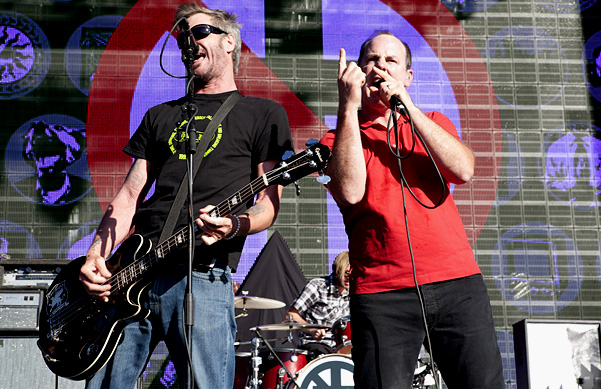 In our November issue, SPIN celebrates 30 years of the iconic label Epitaph Records, tracing its rise from a DIY imprint founded by Brett Gurewitz to a powerhouse label that sent punk to the top of the charts.

Bad Religion – which included Gurewitz on guitar – were Epitaph’s marquee band, so to commemorate the label’s history, SPIN and MySpace Music rounded up top indie artists, including Tegan and Sara, Switchfoot, Ted Leo and New Politics, to record exclusive covers for a compilation album, Germs of Perfection: A Tribute to Bad Religion. Download the complete mixtape — or stream individual tracks below.

Download Germs of Perfection: A Tribute to Bad Religion here.