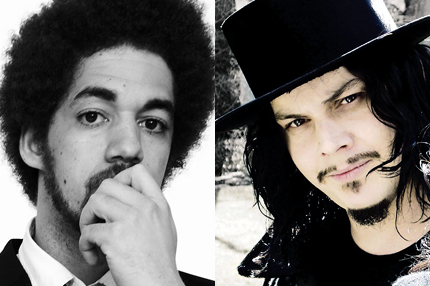 Danger Mouse and Daniele Luppi’s Spaghetti Western-inspired Rome album, due out May 17, has been a painstaking five years in the making, but the duo have finally revealed the first two tracks from the album, featuring Jack White and Norah Jones.Stream both songs here.

The tracks show Rome is more than just an Ennio Morricone homage. The Jack White-fronted “Two Against One” is a mysterious ballad featuring plucky classical guitar, harpsichord, and White yelping paranoid lyrics like, “I get the feeling that it’s two against one already fighting me, so what’s another one?”

Jones’ contribution for “Black,” on the other hand, is a gorgeous slow-burner, with the singer delivering one of her sultriest vocal performances in years over organ washes and lush string orchestration.

Collectors take note: “Two Against One” and “Black” will be issued as a limited-edition vinyl release for Record Store Day on April 16.