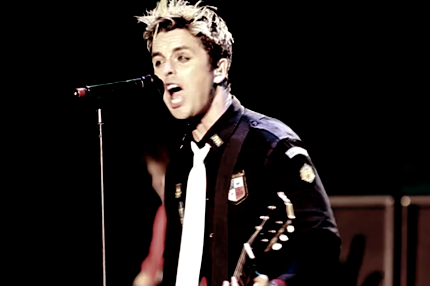 Green Day will release their second live CD/DVD, Awesome as F**k, next month, but the band has posted the first official footage — and it’s a blistering live performance of the rarity “Cigarettes and Valentines.” Watch below.

Green Day originally recorded “Cigarettes and Valentines” as the title track for an unreleased album that they recorded before American Idiot, but when the master tapes from those sessions were stolen, the band scrapped the LP and made Idiot instead. Green Day never re-recorded songs from those sessions, although they debuted the track live during their 2010 world tour.

Awesome as F**k is a two-disc, 33-track set that chronicles Green Day’s Idiot tour, and features career-spanning smashes like “Boulevard of Broken Dreams,” “When I Come Around,” “Jesus of Suburbia,” and “Welcome to Paradise.” The album hits stores on March 22.