The punk kings tease Awesome as F**k with explosive trailer of live footage. 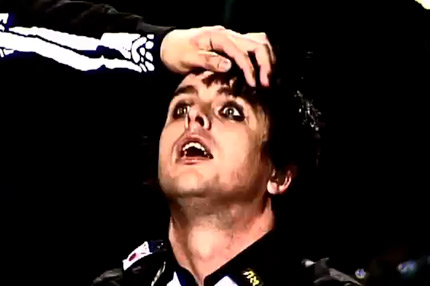 Green Day will release a new live album titled Awesome as F**k this winter, and the band has released an explosive new trailer to tease the record. Check it out below.

According to a listing on Amazon, Awesome as F**k is a two-disc collection and will be released on March 15; the set will come bundled with a DVD of live footage. It’s the group’s second live collection following 2005’s Bullet in a Bible.

While Green Day haven’t announced details of the set yet, expect it to chronicle their recent world tour for 21st Century Breakdown. The trailer shows the band delivering a raucous version of “Know Your Enemy” at a show in Tokyo in 2009 and the band Tweeted last August about recording songs all along their tour. “We’ve been recording our live shows since the beginning of tour,” they wrote. “Live album coming. A ton of songs!”